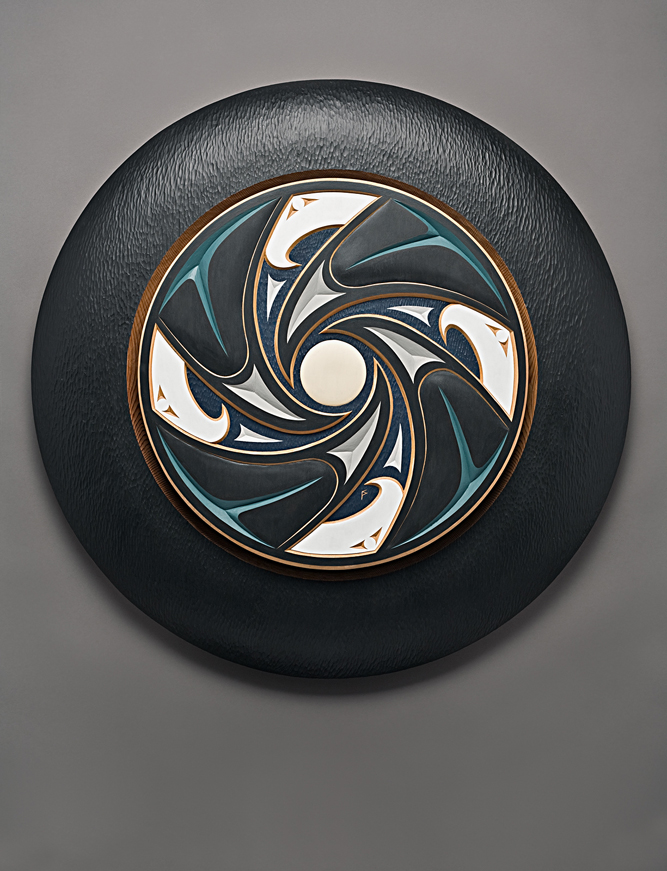 Each year whales migrate up and down the Pacific Coast from South America to Alaska. This contemporary spindle whorl is about their journey. The four whales represent the four seasons. The design puts the viewer in the centre of the four circling whales, as you look straight up to the moon.

This carved whorl grew from a serigraph I created in 1997; I reworked the design in late 2005 as part of a residency at Evergreen State College in Olympia, WA. The residency took the form of a weeklong carving project where each member of the group worked on a low relief carved medallion.

Once the residency and carvings were complete, I worked with the college and students to have the cedar medallions cast in bronze. Each student kept their carved piece and the cast medallions were installed throughout the campus as a visual record of our work together. The medallions act as markers; reinstating our Salish footprint upon our traditional lands.