Andy was born in 1955 in Shelton, WA, a member of the Skokomish Nation. After being inspired by Northwest Coast art exhibited in a museum, Andy began carving and exploring different art forms, and by the age of 18 was a self-taught carver and painter.

At first, he predominantly designed works in the form-line style of Haida, Tlingit, and Tsimshian Nations, the best known and most accessible art form on the Northwest Coast. Later, he researched the collections of the University of Washington and the Museum of Anthropology at the University of British Columbia and discovered Coast Salish artifacts which he carefully studied along with works made by his great-grandfather, Henry Allen.

In 1987, Andy worked with Makah artist, Greg Colfax, on a 12-foot female welcoming figure for the Evergreen State College, Olympia, WA.  In 1994-95, he and Steve Brown worked on a pole raised at the Richmond Beach Park, in Seattle, WA. While working with Steve, Wilbur-Peterson learned about many types of carving tools and the art of tool making, and was introduced to silver carving.

Although Wilbur-Peterson creates works in both the Northern formline and the Salish style, Andy continues to research Salish art and to contribute to its revival. He taught many artists, including his daughters Andrea and Bunni, and looks forward to teaching his grandchildren and working with them to keep the Salish art form alive. 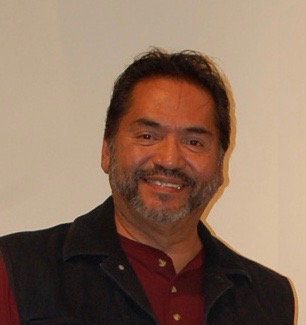