Born in 1999, Liam is the second child, and only son, of Coast Salish artist Chris Paul. The Paul family is from the T’sartlip Nation and lives in Brentwood Bay, on the Saanich peninsula of Vancouver Island.

Under the tutelage of his father, Liam started carving at seven years old. Later, he attended Carve Night, a weekly carving course taught by his father Chris at his studio.  This was an opportunity for Liam to learn, practice and experience the art of carving.

Liam is also keen to express his ideas through sketching and drawing, and has designed and produced art prints since 2008. He is constantly perfecting his various artistic skills under the guidance and coaching of his father.

Besides toning his artistic abilities, Liam pursues his studies and his passion for climbing. He trains at the Boulders Climbing Gym, a world-class climbing competition facility, and is a fierce climber at all his competitions. 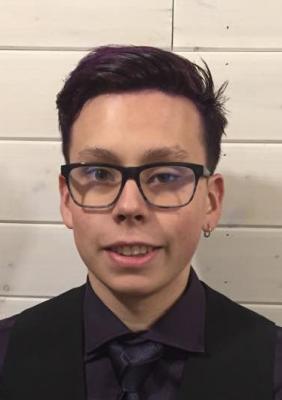