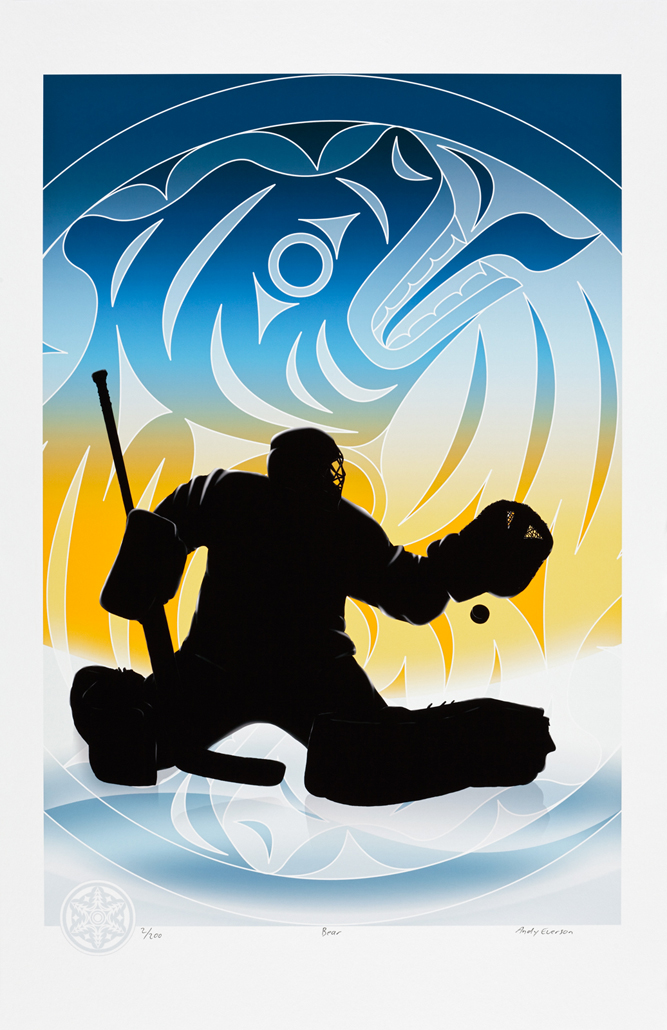 At first glance, a bear appears to be too large to be fast and ferocious. Lumbering around, they may choose to eat berries instead of hunting down a meal. When threatened, however, bears will not hesitate to show their other, more lethal, personality. Mothers, in particular, will fight tooth and nail to defend the life of her cubs. The last thing a threat may see is a curl of a lip, the swat of a paw and the flash of her claws.

Covered head to toe in protective gear, a hockey goalie lumbers out of the dressing room encumbered by huge pads and gloves. While they may not be able to cover a great deal of ice quickly, the net is an area that is rigorously defended. A goalie shows skill by falling to the ice or swatting the puck away with a poke check. Under attack the play is often ended with the raising of an arm and a flash of leather.