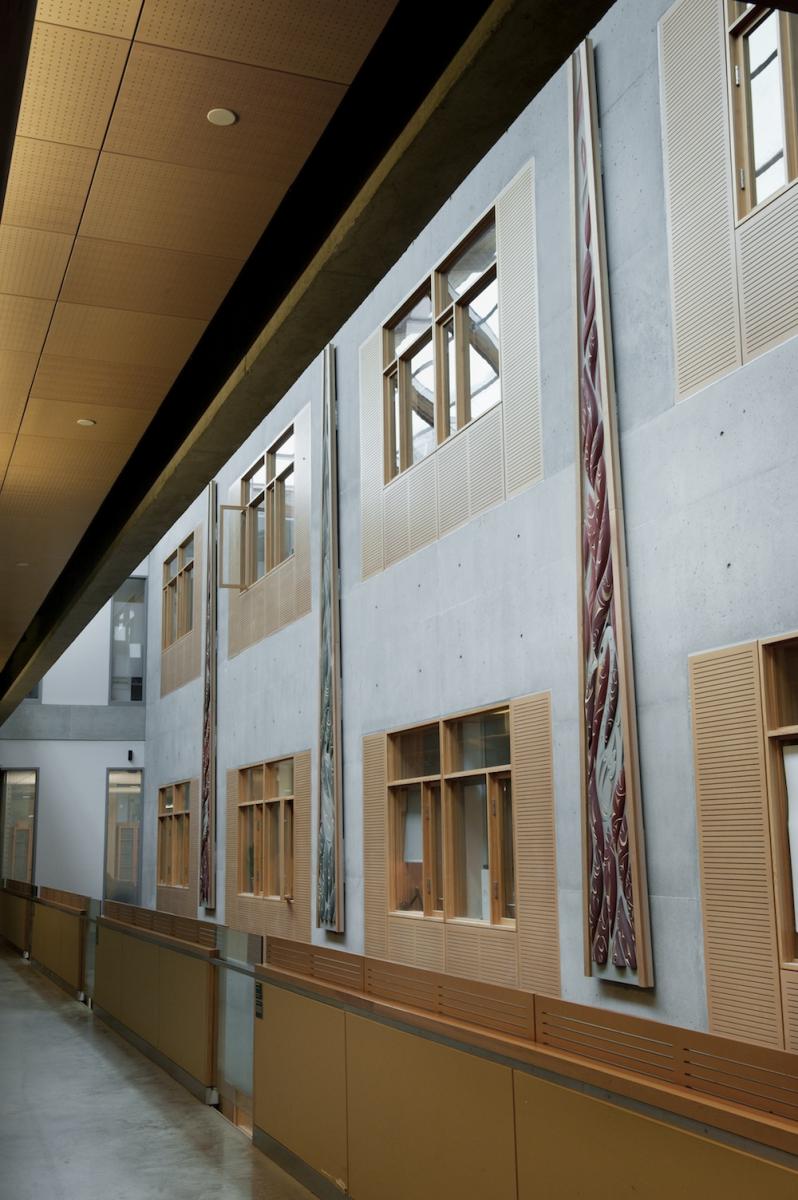 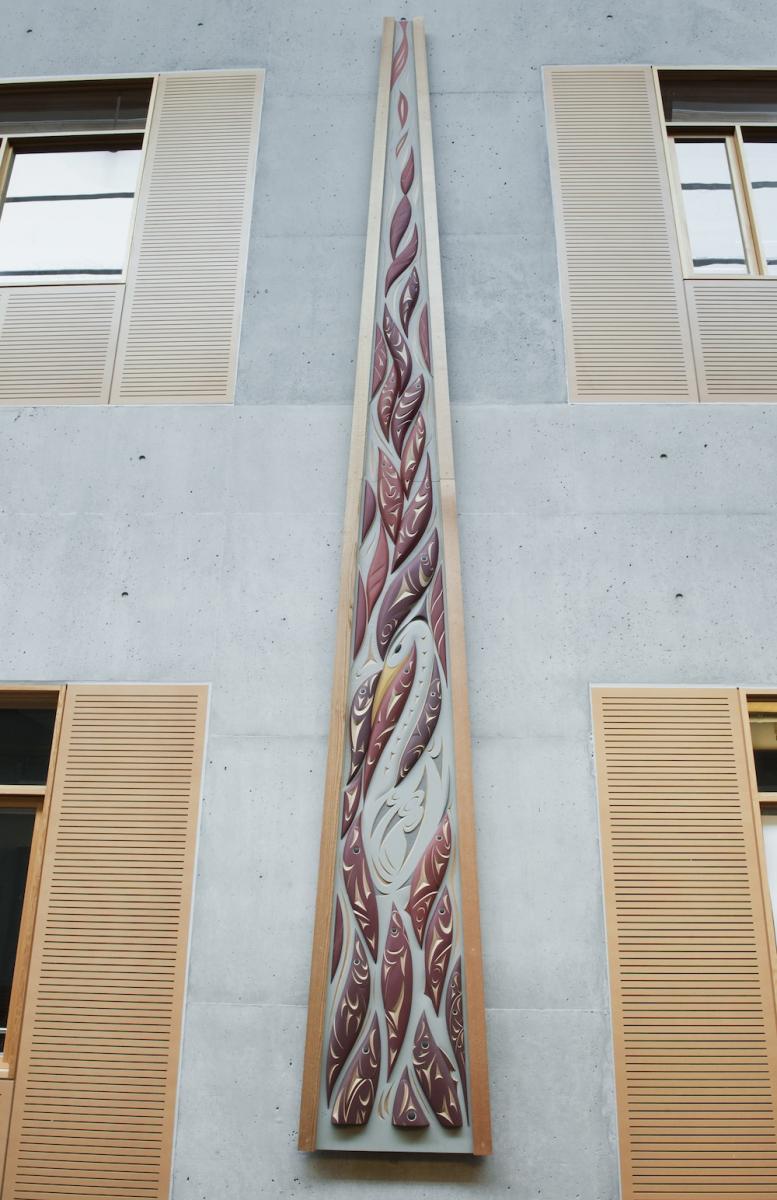 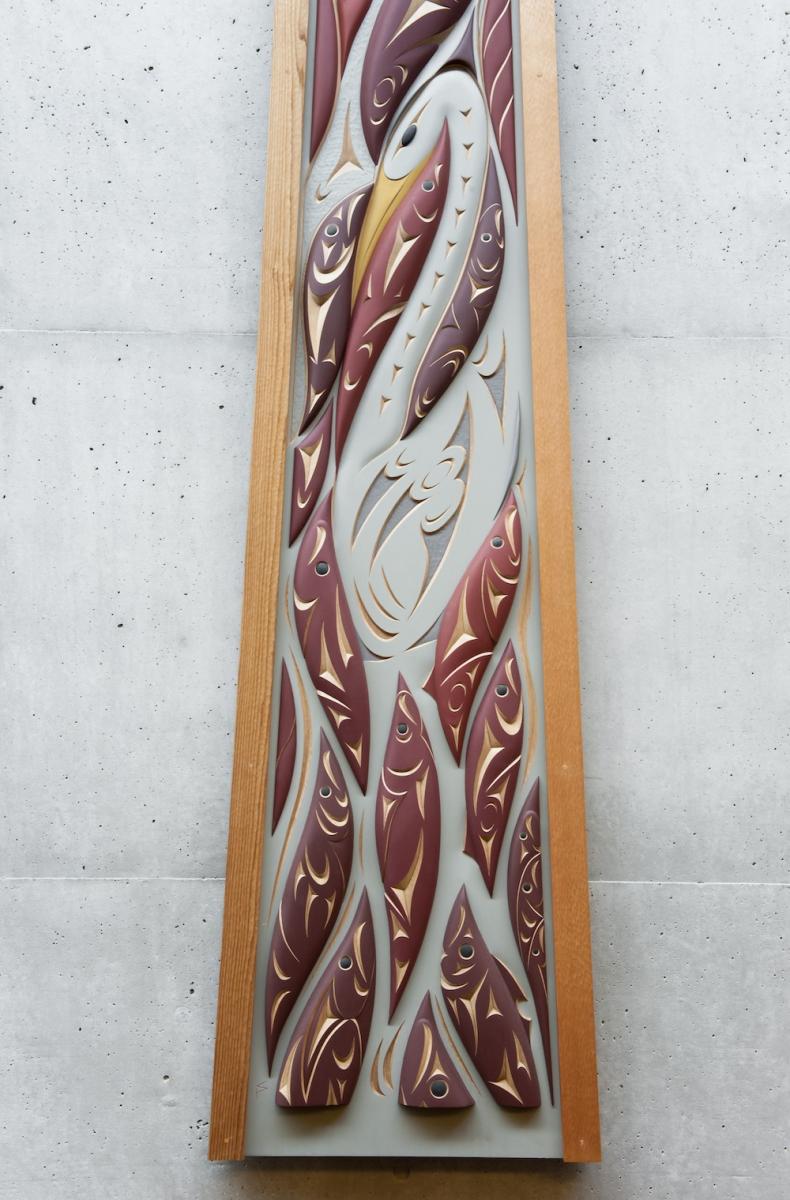 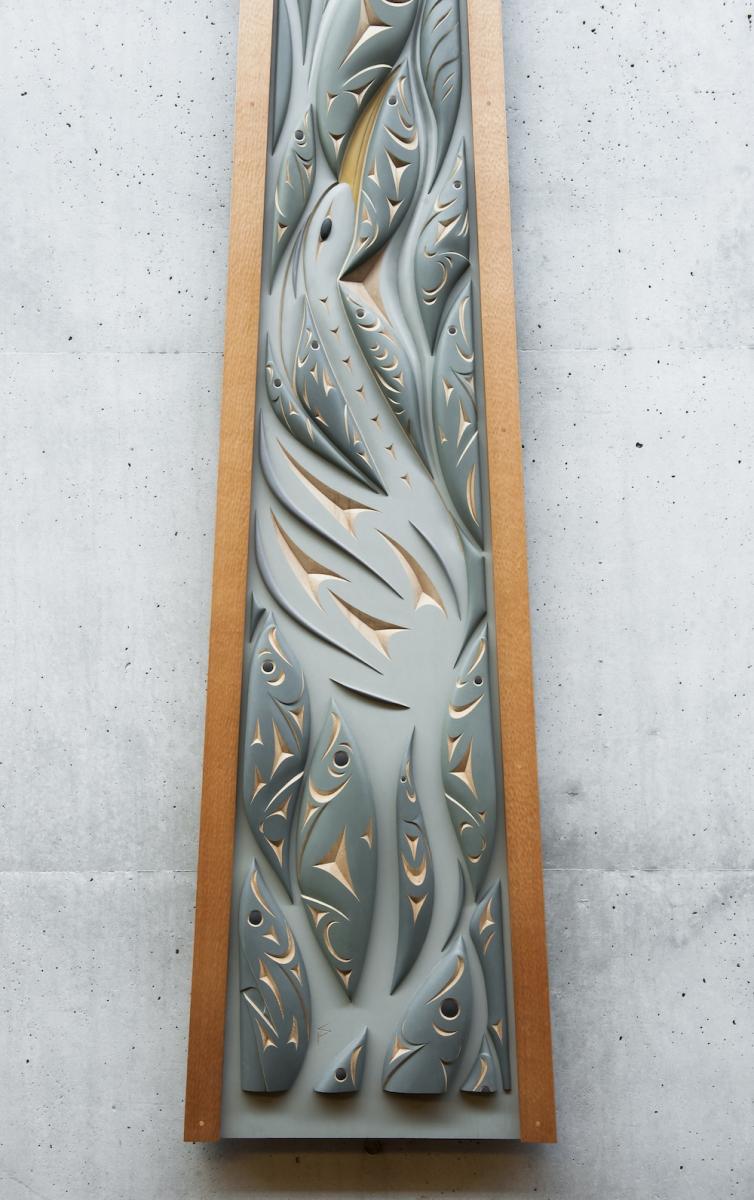 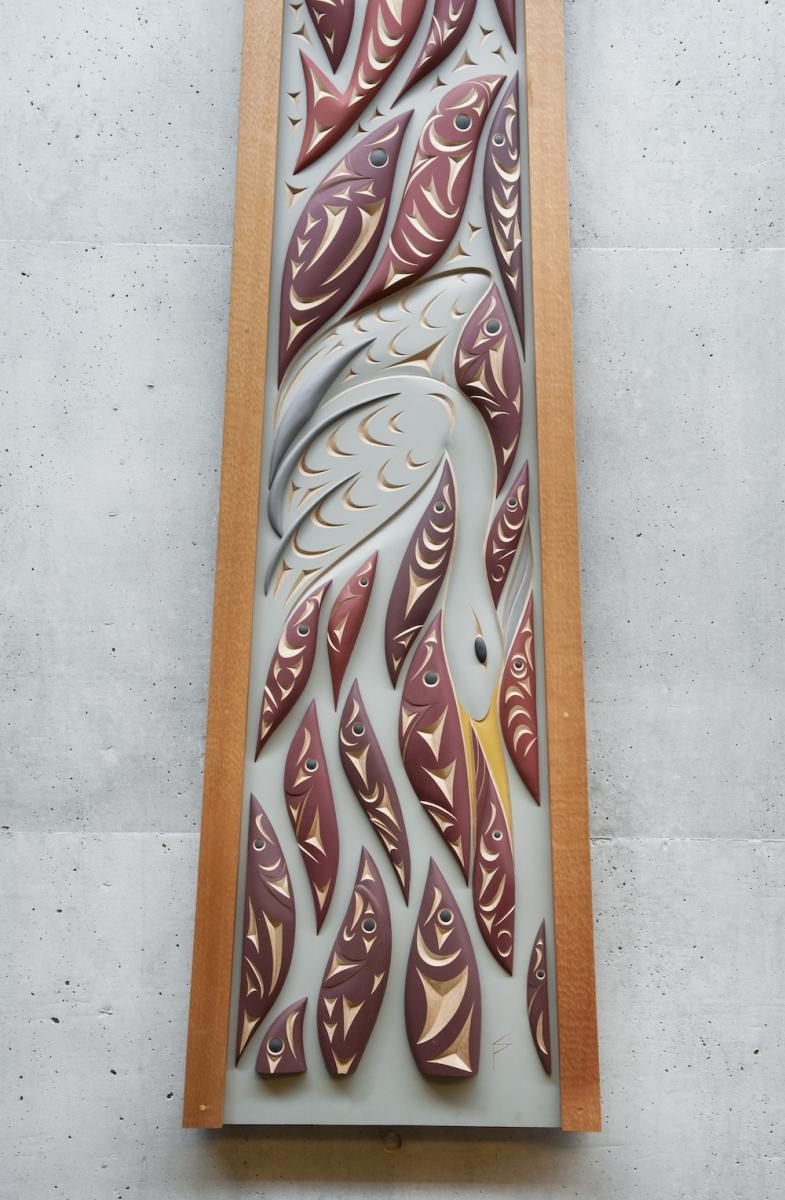 These panels were originally commissioned by the city of Richmond for the 2010 Olympic skating oval in Richmond BC. The design was incorporated into the structural buttresses that support the building.

The imagery in the artwork reflects the ever-changing Fraser River. Incorporated within the delta theme are heron motifs. The contours are revealed by salmon motifs in the foreground. Richmond has chosen the heron as its ambassador.  Herons have chosen the delta as their home for countless generations.