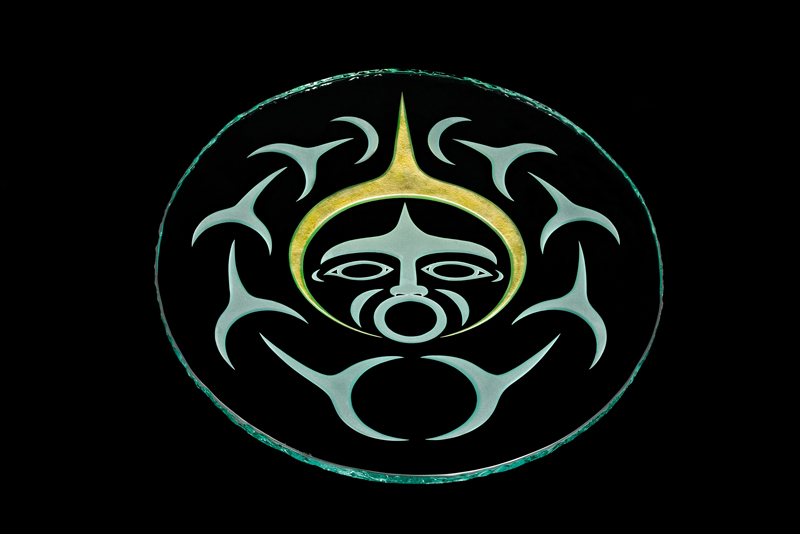 The image in the plate is depicting a Salish figure. The face is revealed in a frontal view while the gold leaf element above the head displays a spirit. As spirituality is very prevalent in First Nations’ mythology, there is often reference to spirits with both human and animal figures.