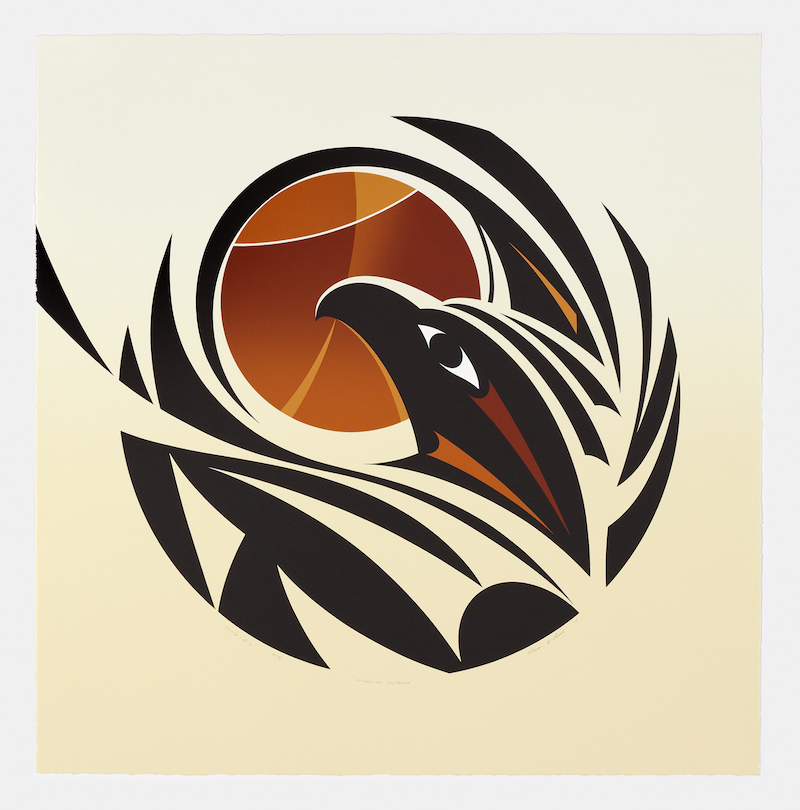 I have attempted to honour the unique expressions of the Thunderbird in a series of images that reflect the traditional artistic diversity of my people. This series will eventually include about fifteen images (although infinite possibilities exist). These images are original interpretations inspired by motifs found on old pieces (spindle whorls, matt creasers, petroglyphs, etc.) that I have researched. Although original in design, they reflect traditional formats explored long ago by Salish artists who profoundly depicted legends and stories about the Thunderbird in their unique individual style. Although they vary in style, they collectively show a visual language that is recognizably Salish. I hope these images are interpreted as proud symbols of a living tradition.