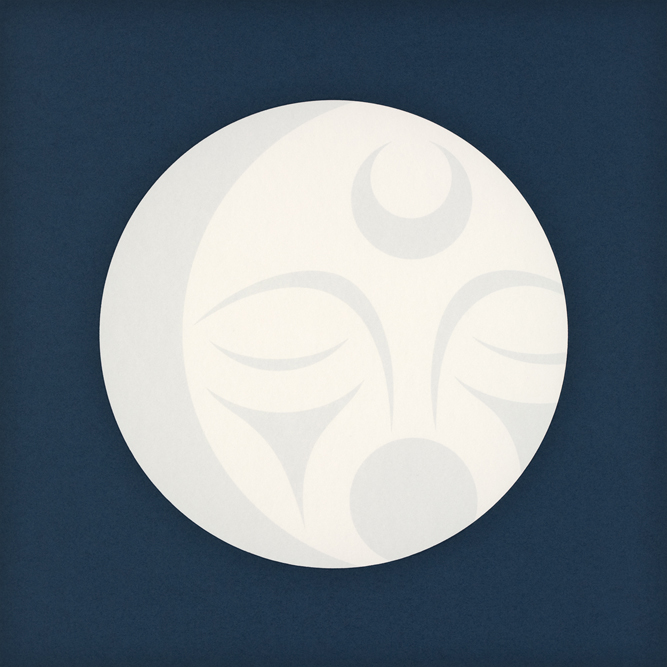 Since I have the teleological perspective that the conCENTric circles and ovals of Coast Salish deSIGN were inspired by rain rippling calm water, as well as dendrochronological tree rings, I could only look to nature for answers. Going by the traditional Coast Salish belief that nature is our teacher, I concluded that the cresCENTs of Coast Salish art were inspired by the cresCENT of the moon. From an etymological perspective, I also had to ask wHERE cresCENTs came from. I concluded that the words conCENTric, ecCENTric, and cresCENT all share a common root having to do with the word “center” (one CENT is round).

So I have concluded that two converging eccenTRICKSTER circles form cresCENTs.