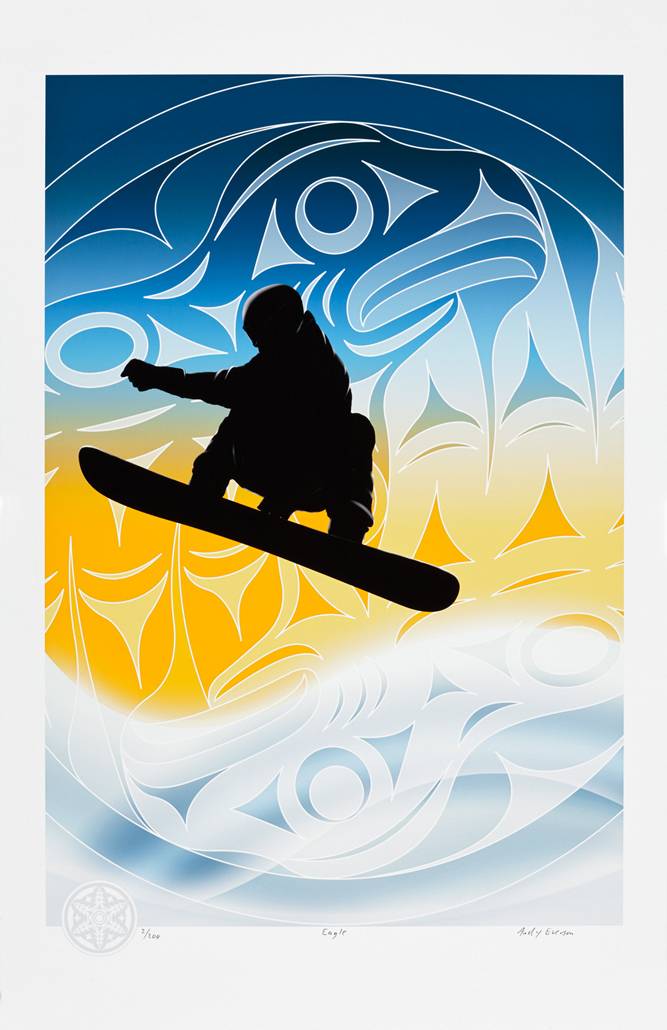 Eagle
Looking out the window from my studio, I often see eagles whirling and twirling in the air. Sometimes they do it for courtship and other times they do it just for fun
There is a profound feeling of majesty and awe that happens when you see an eagle soaring in the wind, only to tumble in a controlled spin. Aware that they are the kings and queens of the skies, they play with the elements and bend them to their will.

Whirling and twirling on the slopes, too, are the snowboarders. They attack a half pipe with reckless abandon, performing acrobatic feats that at once look impossible, but at the same time, seem natural. Ollies, McTwists, 900’s, and Backside Hand plants are attempted and pulled off. Boarders race each other, catching air and soaring like eagles over the rolling terrain. They hit the slopes while they play with the elements and bend them to their will.