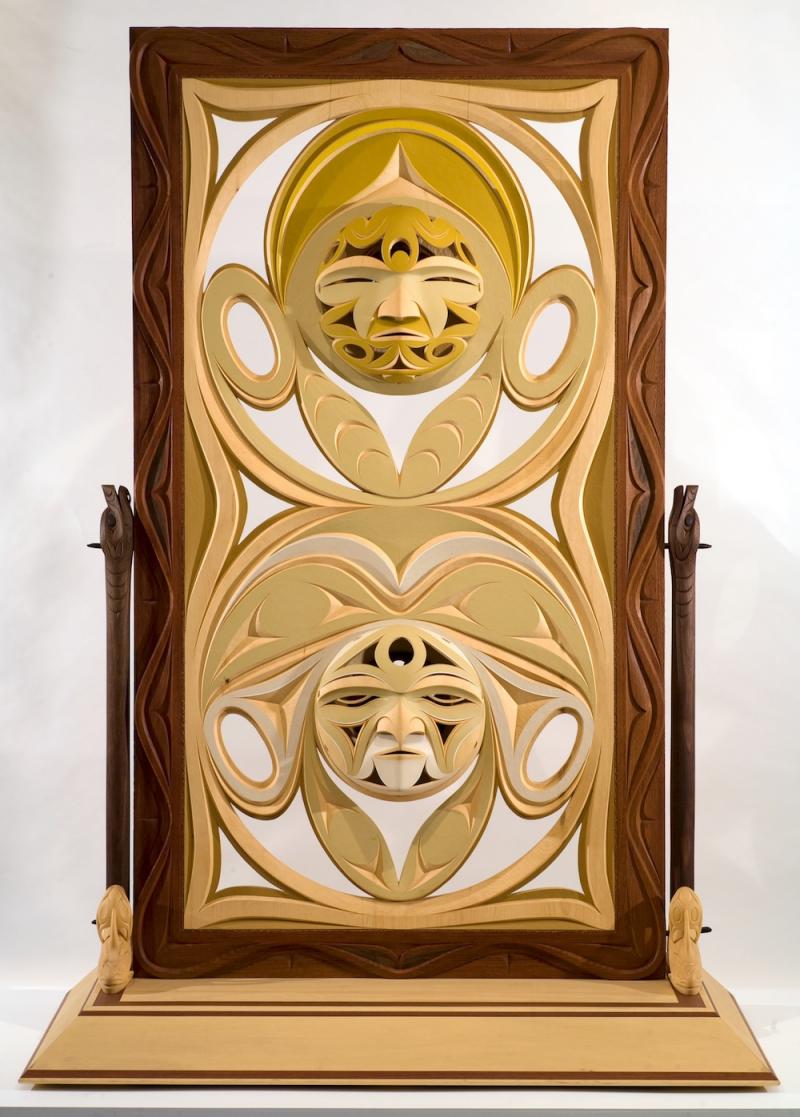 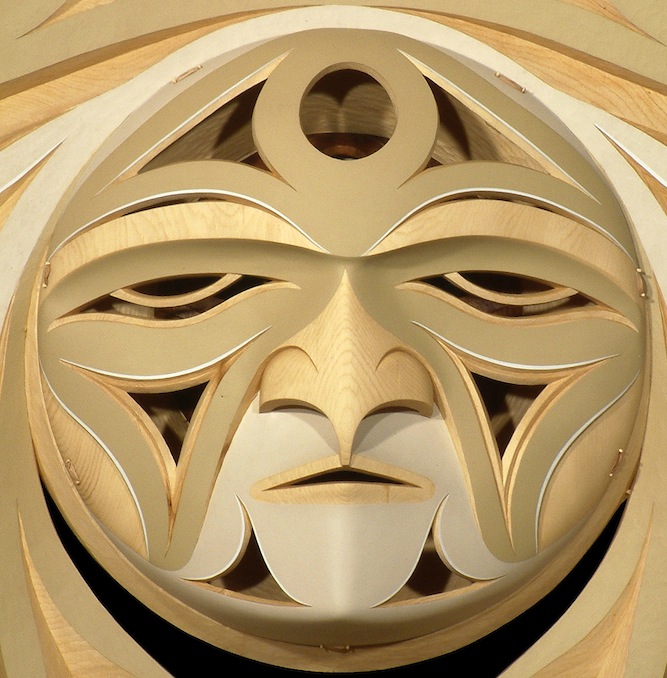 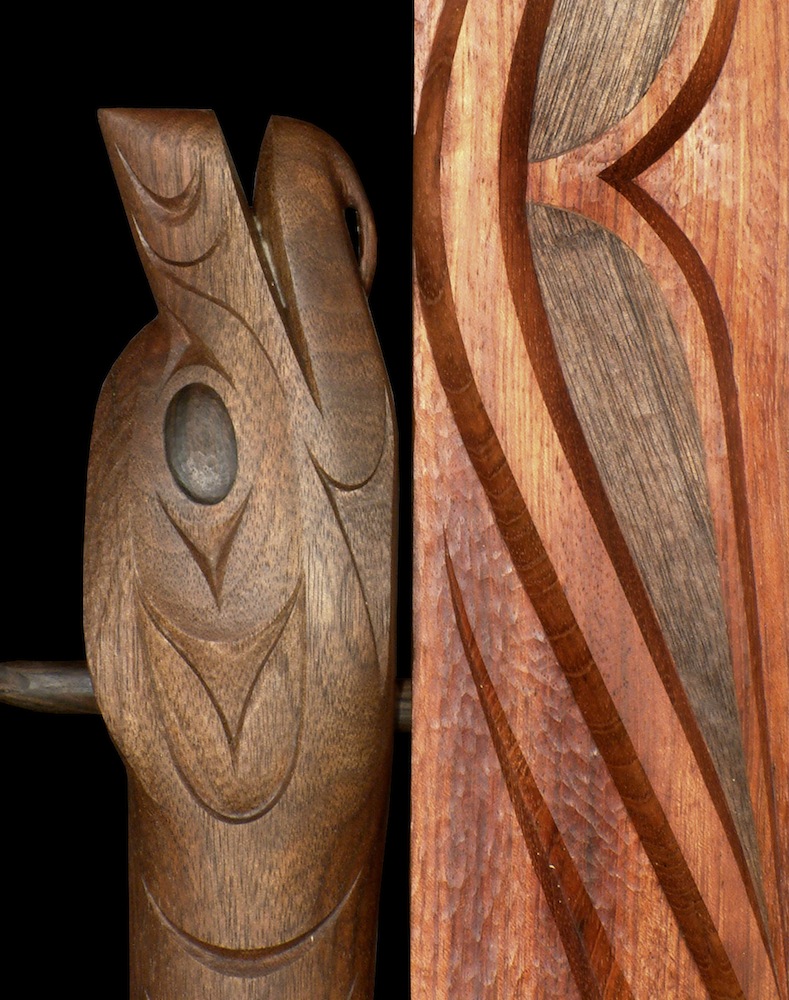 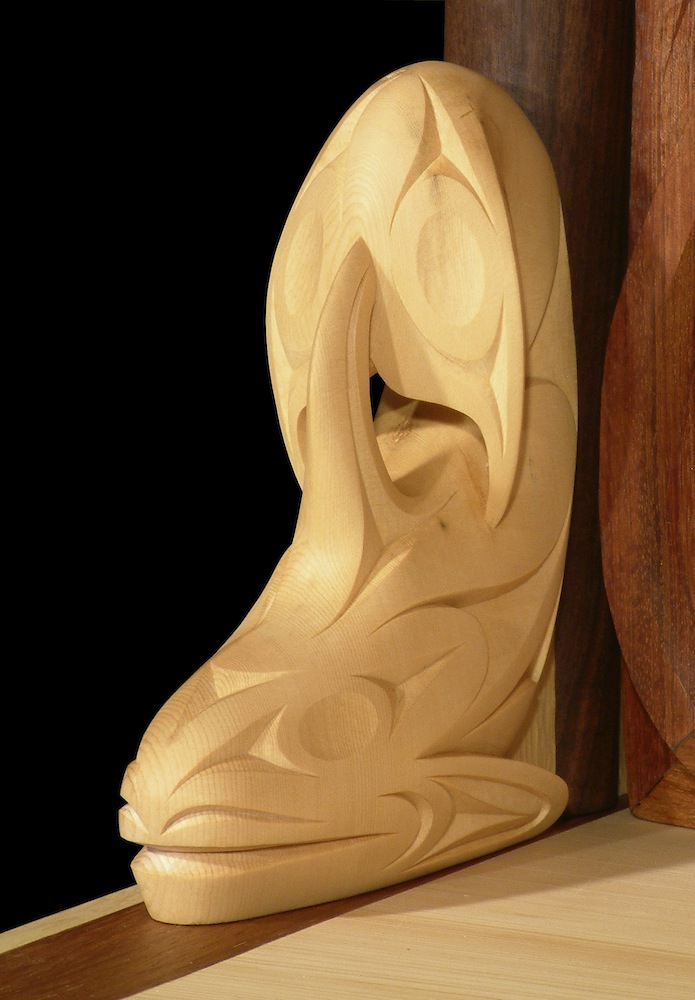 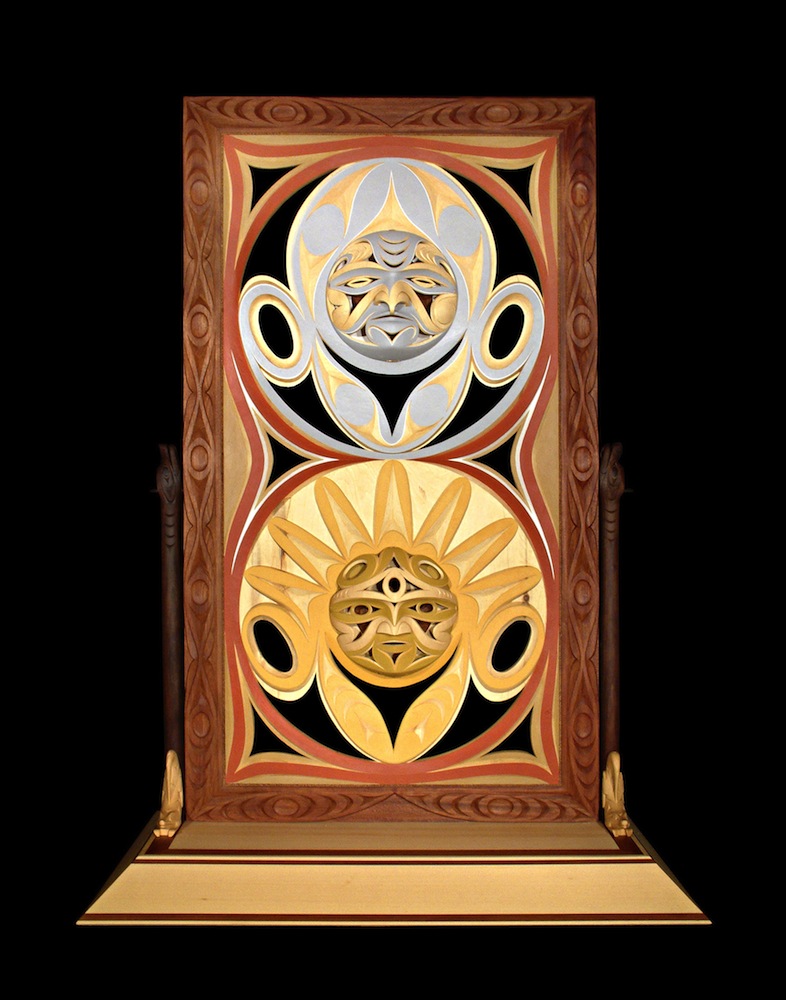 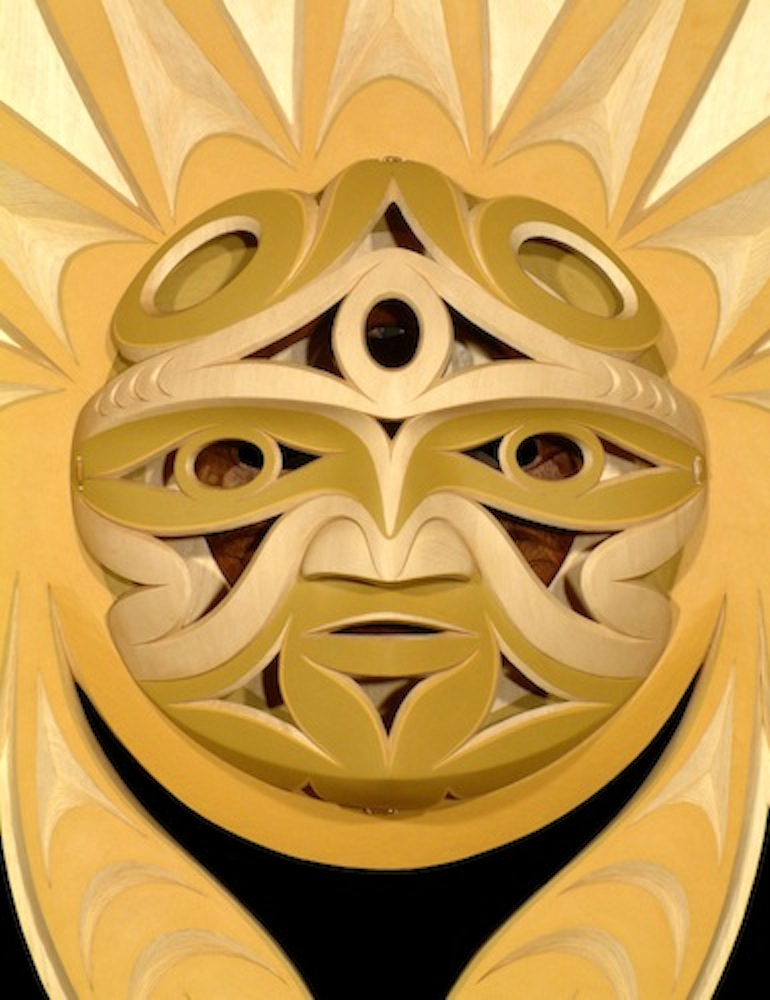 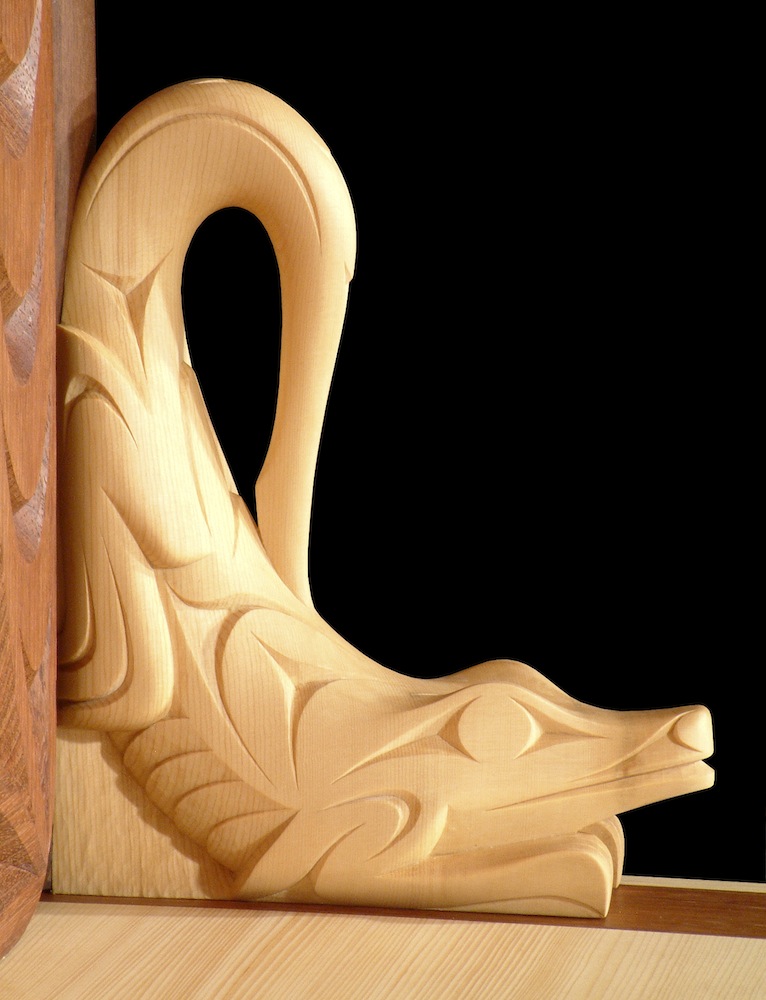 When I first started to create this work, I knew for sure that I would want to reflect the time I spent and the emotions I felt while on the Sepik River, Papua New Guinea. As time went on I realized that this piece had become a celebration of both cultures. This is the most significant carving that I have created to this point in my career. My reason for creating something of such complexity when compared to pieces that I have done in the past, was that, where before I was depicting legends that have been passed down, this time it was a story that I had lived and was part of.

The design was the first thing I worked with and as the project continued and evolved, the most dominant things that came to mind needed to be represented in the carving. When you first look you will see that the suns and the moons on either side are placed in opposition. This symbolizes the two cultures that actually are a world apart. Masks, carved from New Guinea rosewood can be seen within; these represent the people within each culture.

The supporting posts are Sea Wolves, the guardian of land and water. The Sea Wolf has special significance to the Chemainus First Nation and is spoken of in many of our legends. The pins that hold the panel erect are carved from ebony in the shapes of snakes and salmon. The border design on both sides represents water. As everything is open to one’s own interpretation, the side that could be seen as being influenced by Papua New Guinea is inlaid with black walnut in four areas. This represents the four directions, which is an important part of our ceremonial life. The killer whale and crocodile seem to me to be like brothers as the roles they play in legends are similar.

The fine braided cedar bark rope (woven by my sister Angela) helps tie the cultures together and signifies the weaving that is so important to both cultures. It is also a traditional sign of respect to return the bark to the wood. In traditional Salish carving cedar bark is often added.

Throughout the design of the panel are depicted many different animals found in Papua New Guinea and Canada. These shapes are not obvious but are mixed in with positive and negative space. For example, the head, eye and mouth may appear in negative space while the wing would flow off these lines and into positive space. Although colors may change, overall forms still stay together. The highlighting shows a glimpse of the design taking on other forms. This is intentional throughout every carefully placed shape.

For me, this carving is a symbol of connection between cultures. Our patience and understanding for one another, our willingness to help and our kindness in sharing tradition. ‘ehwe’p syuthalso reflects the value of taking time to look deeper, to truly understand people.