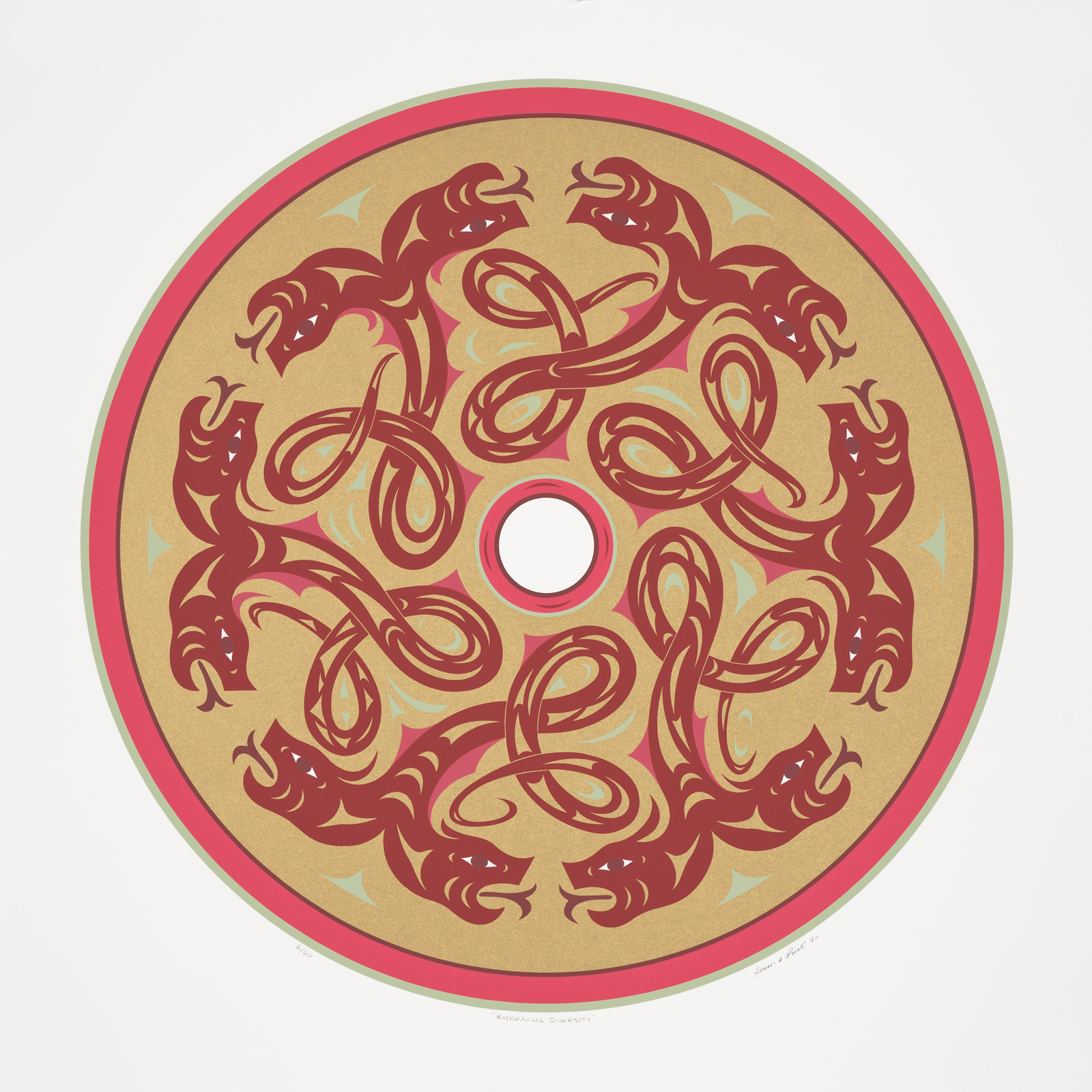 This simple whorl design “Embracing Diversity” is, for me, a symbol of wealth and power. Embracing diversity inspires creativity and innovation through acceptance and respect for one another. One understands that each individual is unique with our differences, for example, race, ethnicity, gender, socio-economic status, age, abilities, and religious or political beliefs, among other attributes.

I’ve chosen colours from the far east, and reflective gold to symbolize the riches from the far reaches of ancient civilizations from all over the world where gold is in the earth. I want to advocate diversity in the arts with a multicultural, ethnic design, I hope everyone can look at my artworks and be able to relate in some way, seeing something of themselves because it’s one of the most powerful ways to move people.

Embracing Diversity is routed in Coast Salish Teachings and Legends.

Two-headed Serpents are in many cultures, including my own, Musqueam. It’s a part of a legend telling how the Musqueam People got our name. Two-headed serpents are also throughout ancient Aztec, Egyptian, and Asian civilizations.