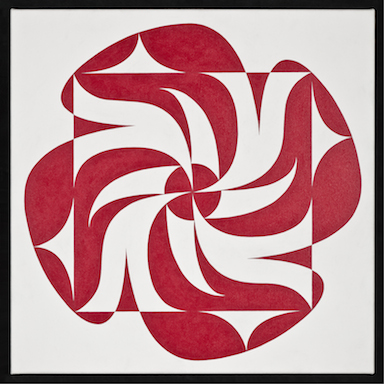 With the platform offered by the Urban Thunderbirds exhibition and publication, I knew there was a wealth of experimentation and exploration that lessLIE was eager to engage through his work. As part of the collaboration, lessLIE chose to include fellow Coast Salish artist Dylan Thomas, who, as an emerging artist, has already created a distinct style. His work is influenced not only by the mentorship of Northwest Coast artists from this region, but also by the structure and formal elements seen in Eastern religious work, like the Buddhist mandala, and by the artistic tessellations of Dutch artist M.C. Escher.