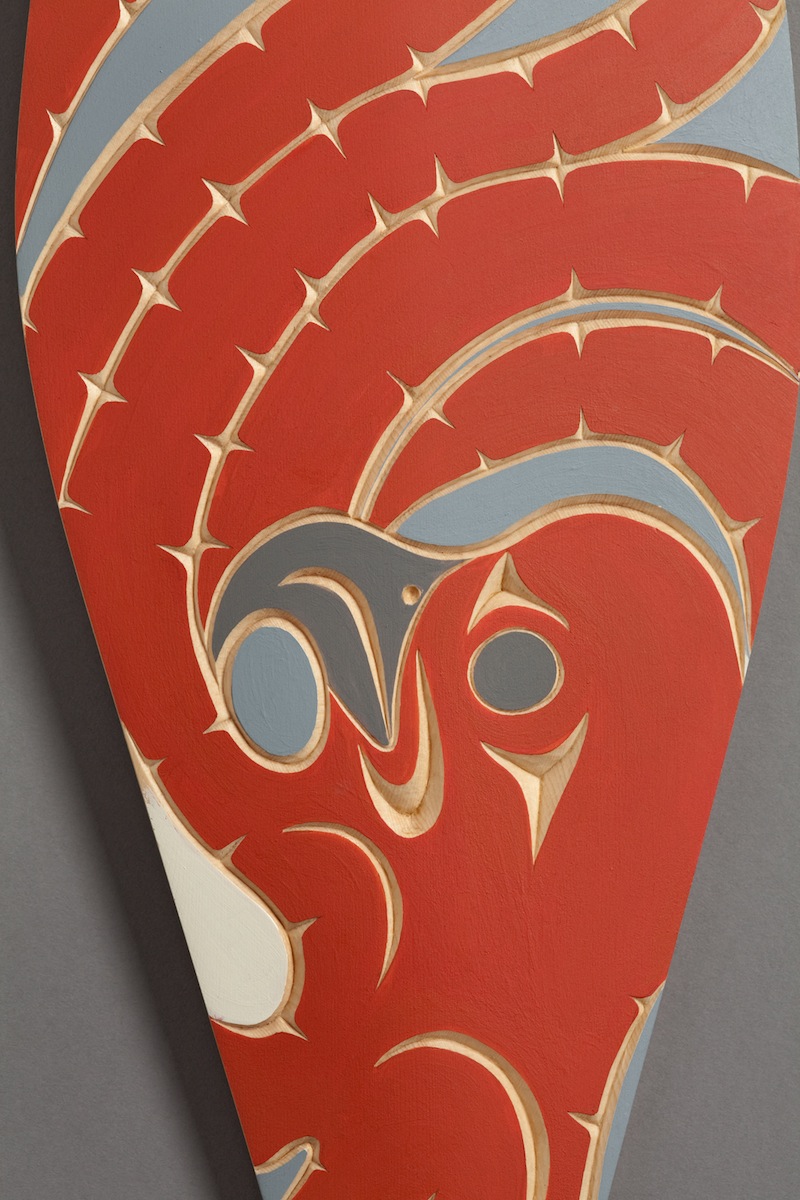 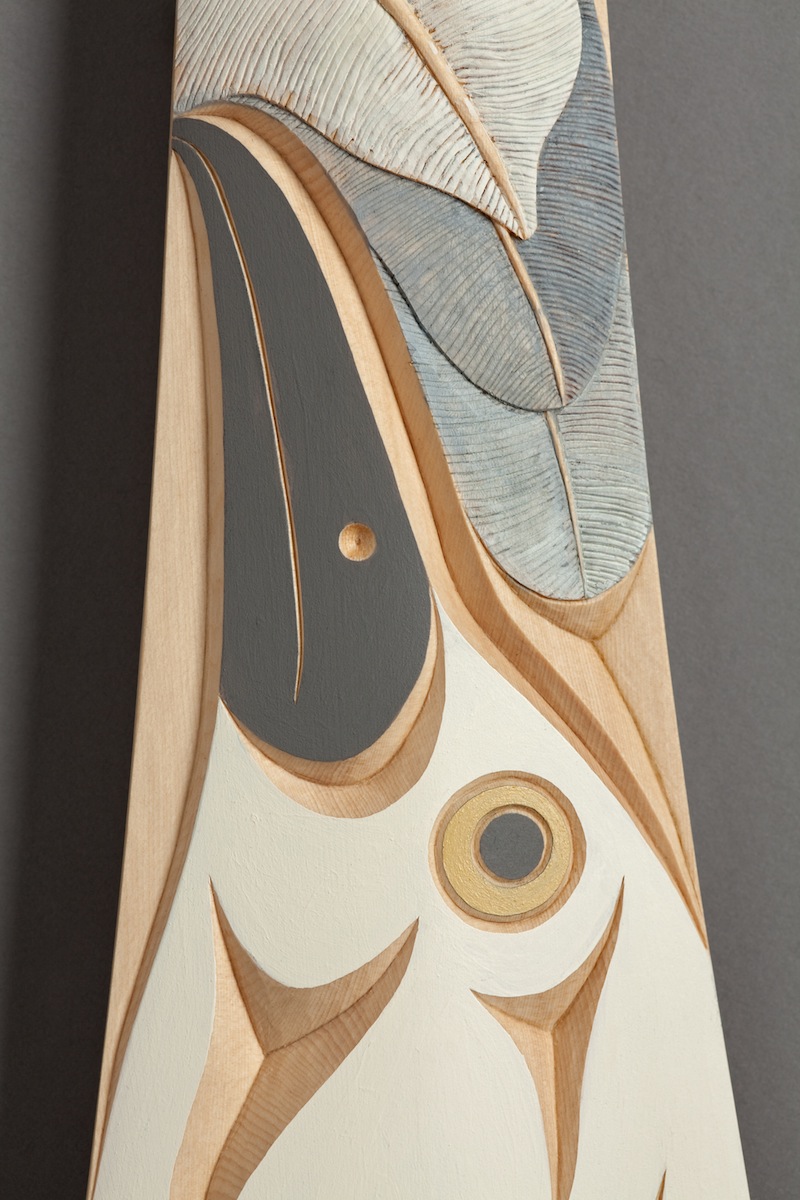 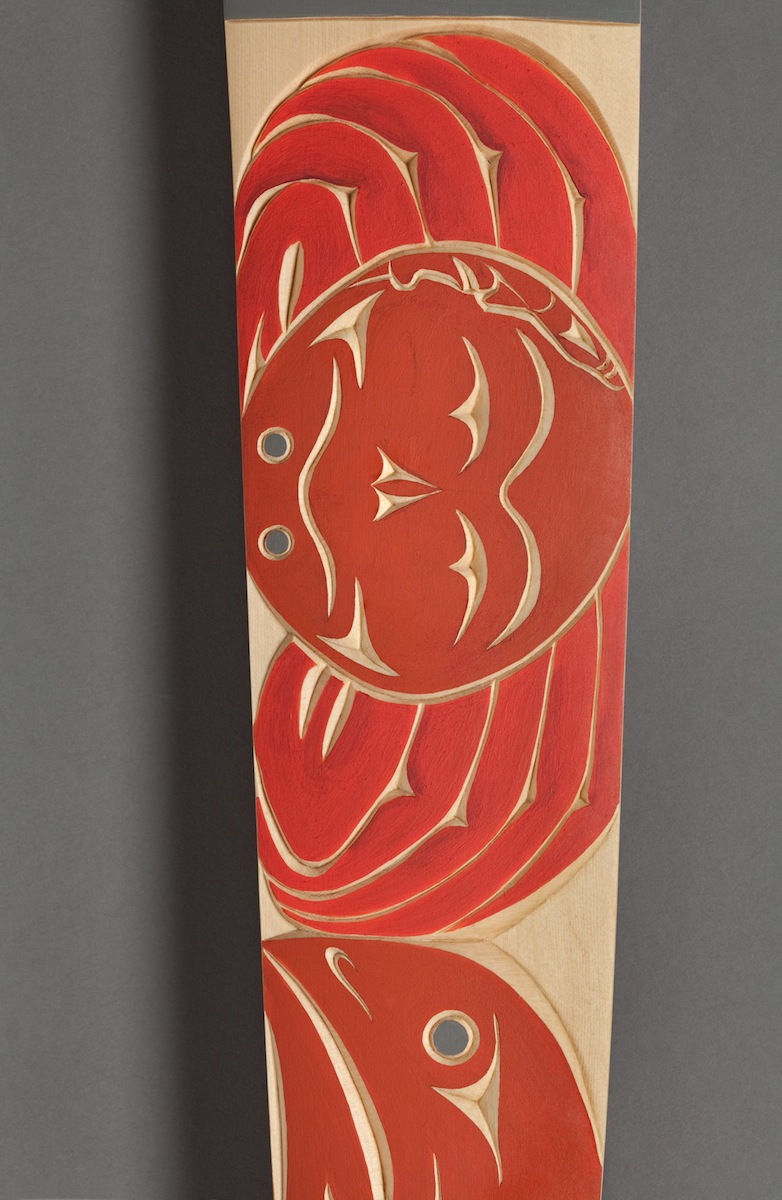 My inspiration for this paddle came from Maureen Davis, a photographer, who captured this amazing event with her camera as she was walking along the road at Ogden Point in Victoria, B.C. in April of 2012.

I was raised on a small island outside of Chemainus, B.C. My family members were fishermen and fisherwomen. We had a wharf where we docked our 48-foot seine boat. Under the dock, there was a lone octopus. As children we swam off the dock and that octopus would dart past us. We never had any fear of this graceful tenant.

At the yearly family summer seafood barbecue, I asked several Elder fishermen if they ever encountered a seagull being eaten by an octopus. They all shook their heads with a vehement no! One fisherman told the story of being grabbed by an octopus and nearly pulled into the ocean, saying if it were not for his friend, he would have been gone. They were all amazed by the seagull story. One Elder suggested the scarcity of real food for the octopus might be the reason it attacked a seagull. One is left to wonder and ponder this fascinating story.

On the handle of the paddle is a crab and fish. The crab has a start of the full moon. I put this here because the moon is prevalent in the tides of the ocean. These are also some of the food sources the octopus dines on. I enjoyed making this paddle. I spent many hours working on this design creating it to give movement and flow but always being aware of letting it tell the story.