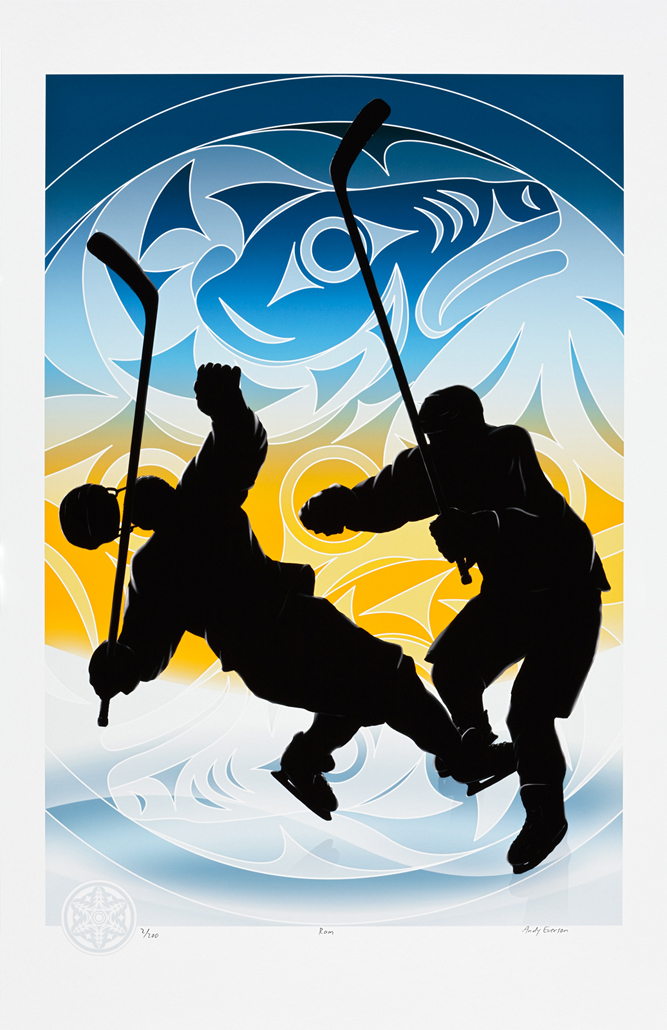 There are few more powerful images than that of two male bighorn sheep, or rams, squaring off in combat amidst towering mountain ranges. Of course, the reason for this display of athletic strength and prowess is ultimately to show dominance and win over their choice of female. Lining up and lowering their heads, rams run straight toward their opponents to smash horns with one another. To the victor go the spoils, they say.

Ram
Nothing emits a louder “whoa” while watching hockey than seeing an opponent getting bowled over after receiving a devastating body check. Distracted with the puck, the receiver of the blow is caught unawares, unknowingly lined up for the hit. With the grace of a freight train, the checker plows into his opponent and literally knocks him away from the puck. Victor... spoils...