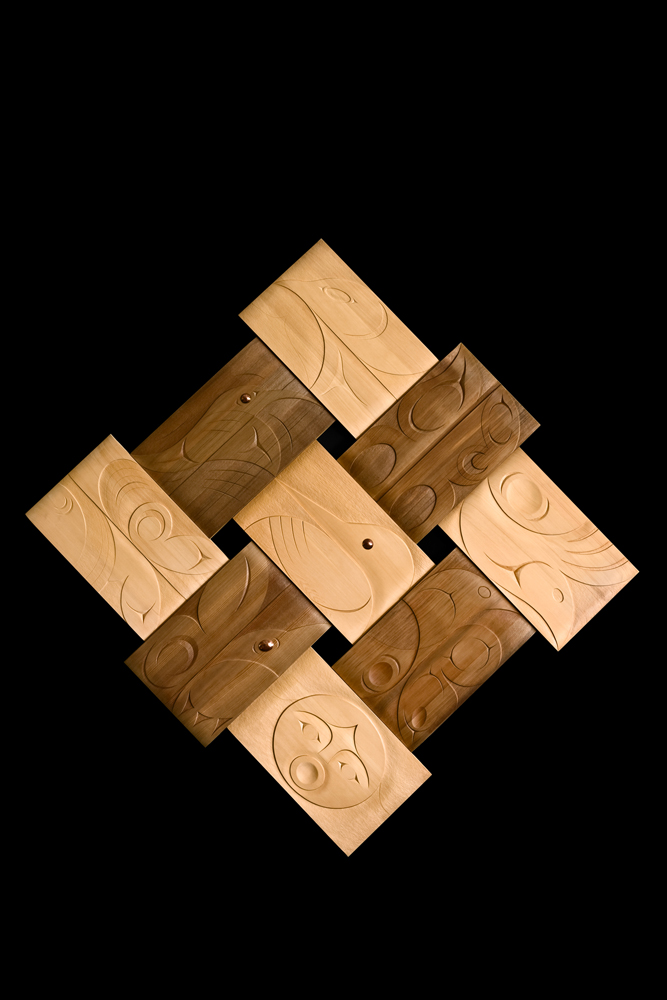 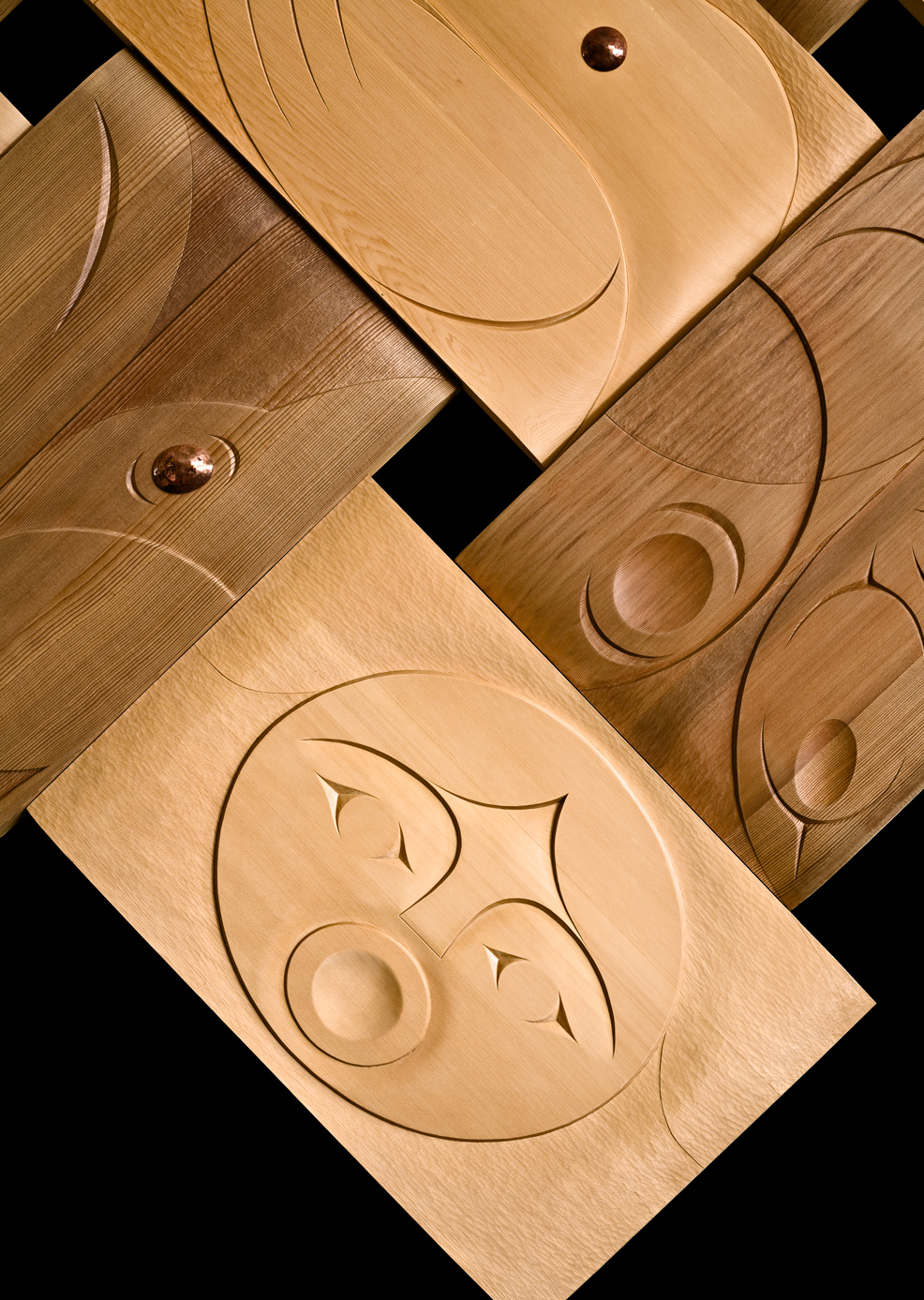 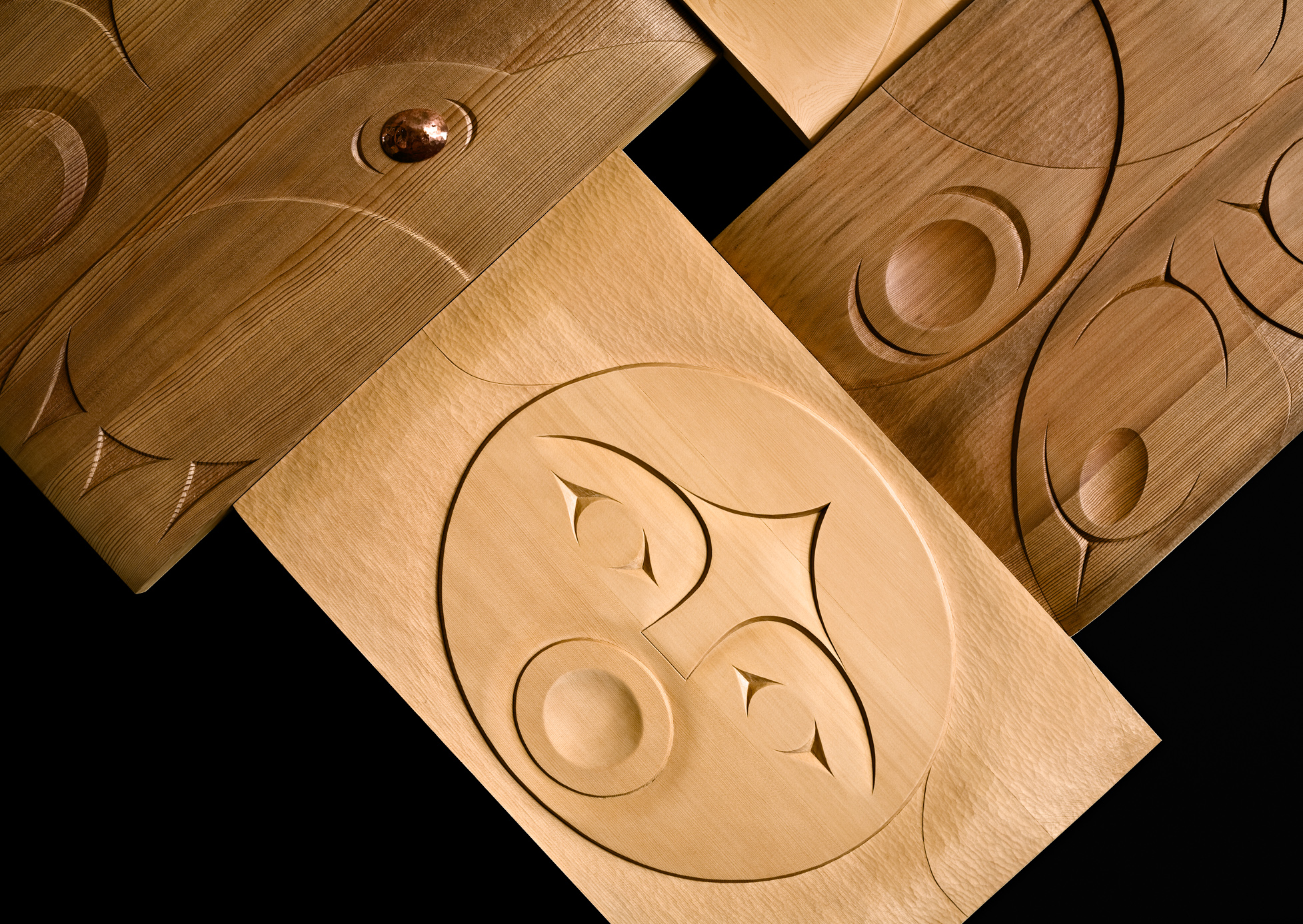 Yellow and red cedar has been and continues to be the predominant medium for Coast Salish sculpture. In large scale, the impact is dynamic and succeeds at portraying the symbol images relating to the Coast Salish people. Point was introduced to Coast Salish artifacts in the Museum of Anthropology by her uncle from whom she drives most of her inspiration.

Breaking away from the circular forms dominating her work, Susan expands on the notion of weaving, a tradition taken on by Coast Salish women, that today is a dying art.

The interplay of the two varieties of cedar is an effective detail showing the formation of a woven pattern. Whimsical relief carving of Coast Salish images such as hummingbird, loon, butterfly, sparrow and a human face express the connection between animals and Coast Salish people. The application of copper is a subtle yet effective embellishment.