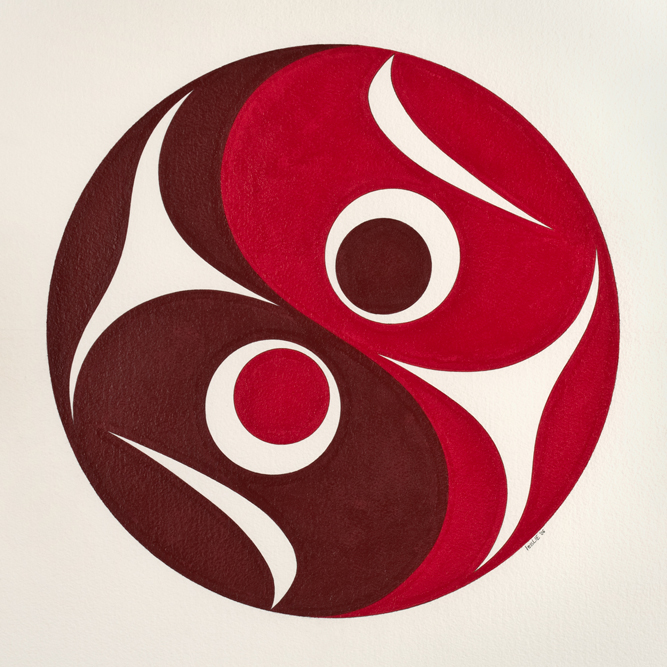 For this reason, northern Northwest Coast art forms are peripheral to my development as a contemporary Coast Salish artist. This is why the trigons, rendered in a somewhat northern manner, are placed on the periphery. This is a deliberate visual reference to Joan P. Danford’s essay, “From Periphery to Centre: The Art of Susan and Krista Point,” in which she argues that Coast Salish art has been perceived at the periphery of Northwest Coast art, unfamiliar to and unappreciated by the general public.