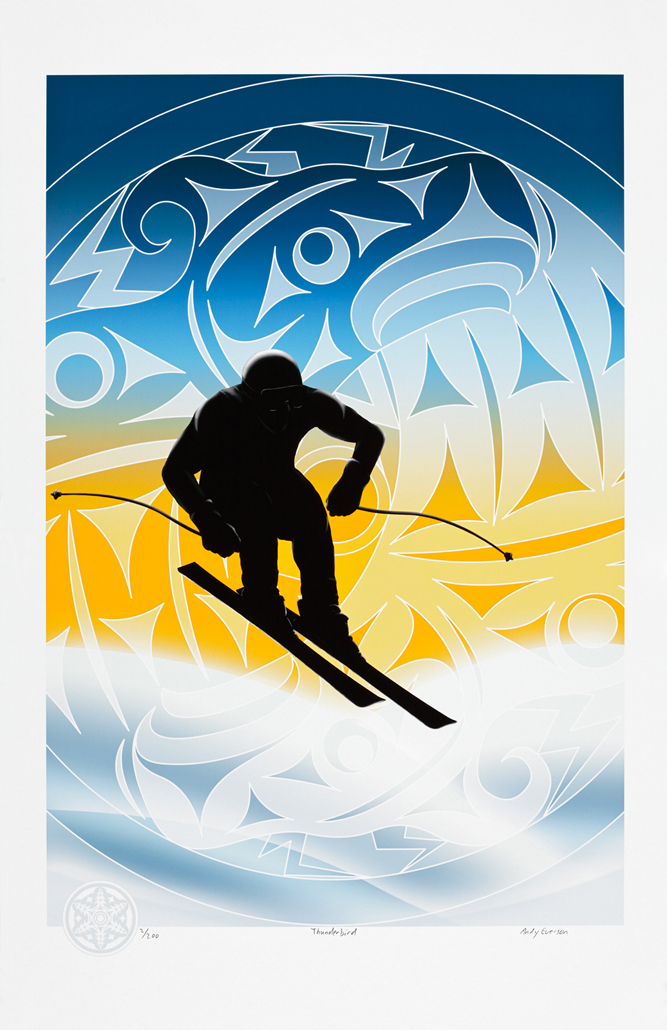 With a clap of thunder and a flash of lightning, we become aware that the thunderbird is flying in our vicinity. To First Nations of the Northwest Coast, the thunderbird is a very large rare creature with a curled horn atop its head. It flaps its wings to create thunder and shoots lightning bolts from its eyes. We believe that the thunderbird is able to fly high into the mountains and swoop down to the ocean with immense speed and force to pick up whales with its talons. The downhill skier, too, is a rare breed. They travel to the very top of the mountain before beginning their journey down the slopes. With a push off from the start, the skiers begin to gain great speed. Carving turns through each gate, their speed increases. On rises, the skier will often catch air and fly like a lightning bolt. They descend on the edge of a razor, knowing that a slight mistake could be very costly.