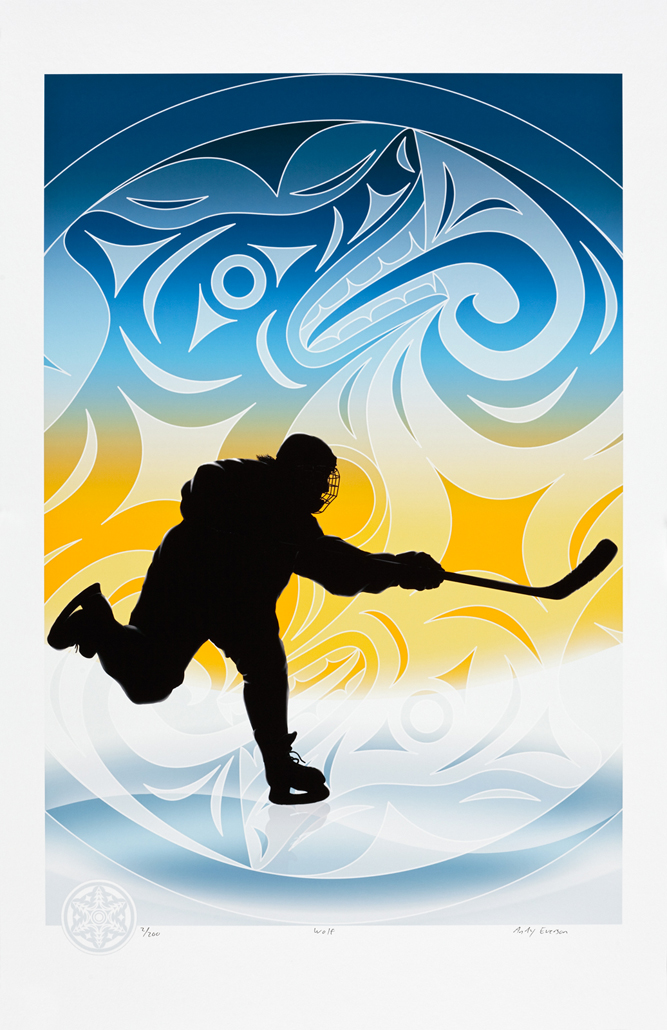 Wolf
Wolves, of course, are predators. They travel in packs, they hunt in packs and they kill in packs. When they spot their prey, they cover ground quickly, instinctively knowing where each other must be in order to have a successful hunt. Circling their victim, they communicate when to pounce. They attack their prey with precision, relying on each other for success. In a moment, they strike; a moment later, it is over.

Hockey, too, has its predators. Successful teams have skilled players that work together in unison. They carry the puck in a rush across their blue line, through centre ice. They enter the offensive zone, passing the puck to one another without thinking. Cycling in the corners, they turn their opponent around, all the while ready to pounce. The players strike without warning, shooting the puck into the net. She shoots, she scores.