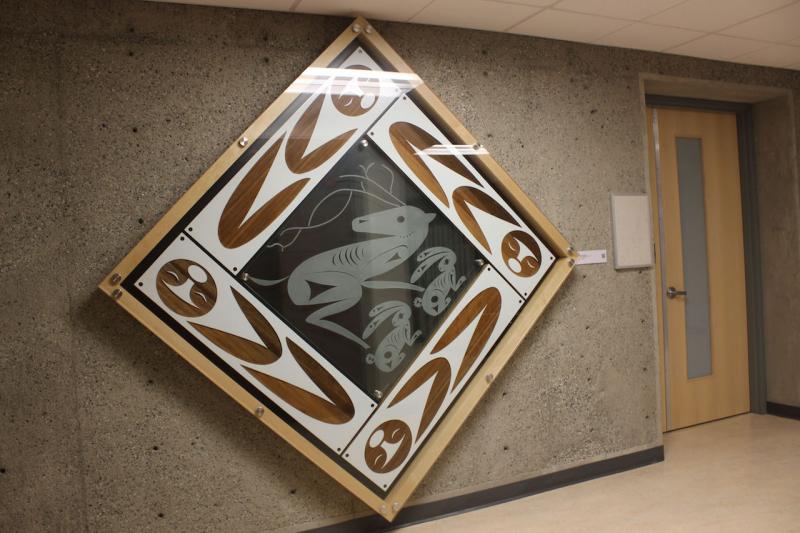 Chris Paul, the first visiting artist, taught the class the basic elements of Coast Salish design – including ovals, crescents, and trigons. Paul stressed that Salish design is based on balance. The group then chose a theme for Paul’s commissioned piece: the overpopulation of rabbits on campus at the time.

The piece Finding Balance seeks to address how human interaction with wildlife of this area has fallen out of equilibrium. These lands were traditionally a rich source of food for Coast Salish peoples who maintained animal population levels through regulated hunting practices. Since animal populations are no longer controlled in the same manner, rabbits and deer have over-populated the region. The piece depicts this lack of balance through a large deer that takes up most of the frame, surrounded by salmon and rabbits (with human faces for tails). 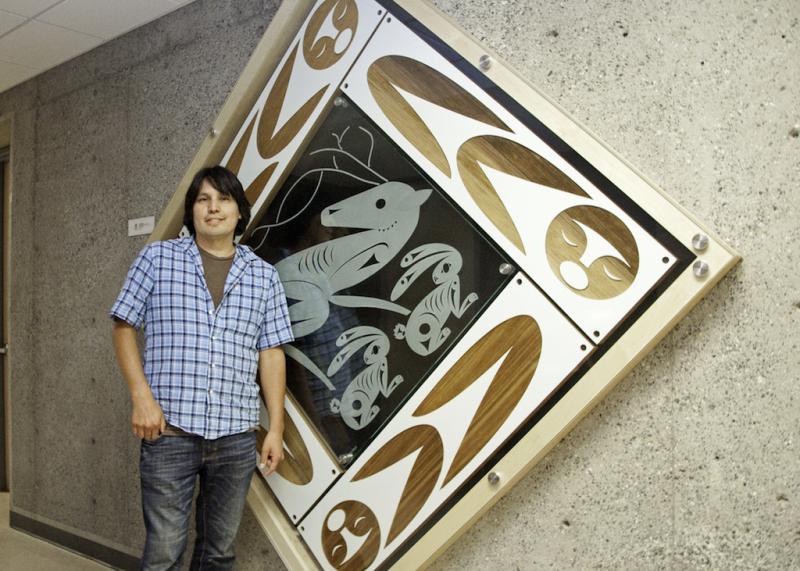