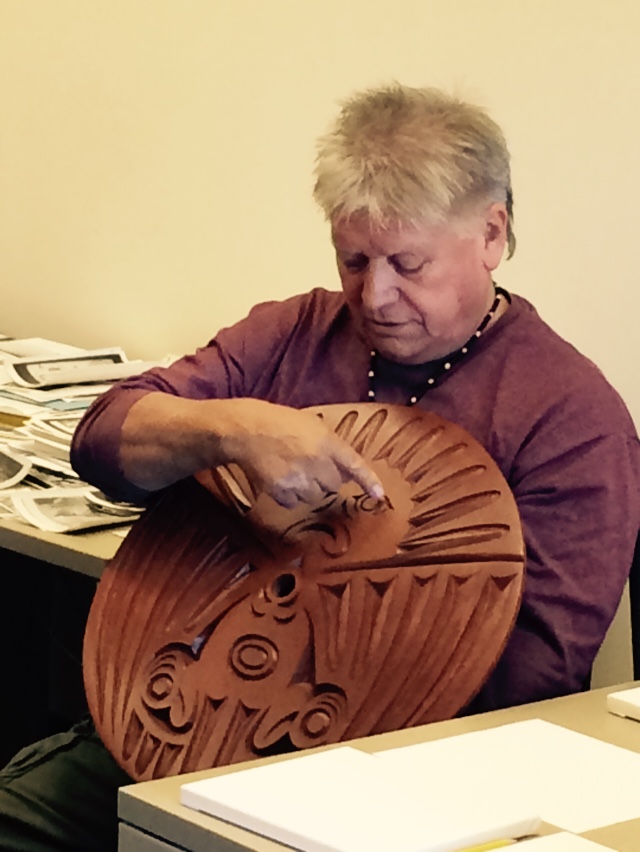 In the fall of 2015, visual anthropologist and professor in the Faculty of Social Sciences at the University of Victoria, Dr. Andrea Walsh, invited Elder of the Tsartlip community and renowned Coast Salish artist, Charles Temosen Elliott, to join her in teaching ANTH 305: Anthropology of the Arts as the Visiting Artist.

Charles taught the students the fundamental design elements of Coast Salish art and how they are applied in two- and three-dimensional forms.  In class, he used a Salish spindle whorl to introduce students to three-dimensional Salish design. Temosen then took the class to the campus courtyard to study the S’YEWE History Pole that he carved and painted in 1999. There, the students also learned the story of SWIW,LES (young Coast Salish man) to whom the Creator gifted the ability to foretell the future and become a S’YEWE.

To teach about two-dimensional forms, Charles used the design of his painted drum Shamans Vision, that of a silk-screen print as well as the original cut-outs of the sea creatures he designed for the Centre for the Salish Sea located in Sidney, BC. The students applied their new knowledge of Salish design to create their own designs with pencil and paper and then proceed to paint them under Temosen’s attentive coaching.

The students also had the opportunity to see the sculpture of a Raven that Charles roughed out during his residency. He shared and discussed with them some design ideas of a loom and a frog to complete this piece that will become part of the permanent display of contemporary Coast Salish art in the Cornett Building at the University of Victoria. 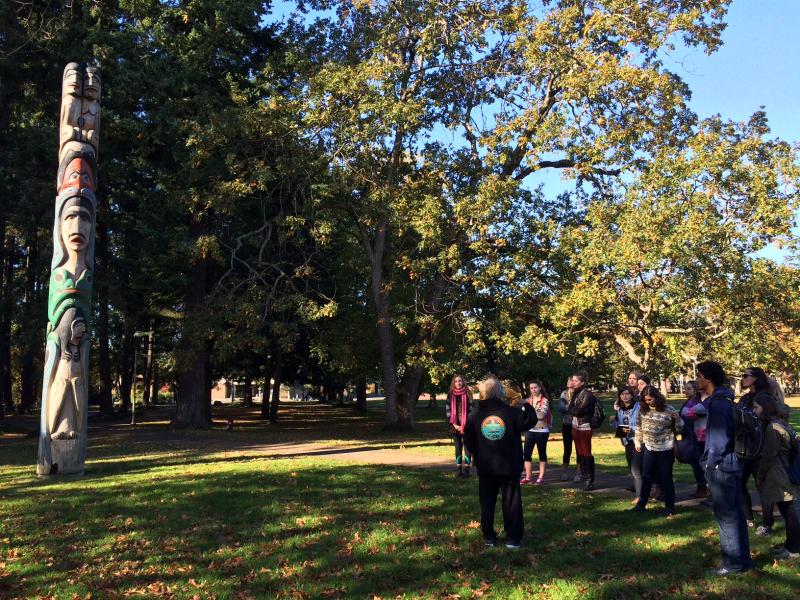 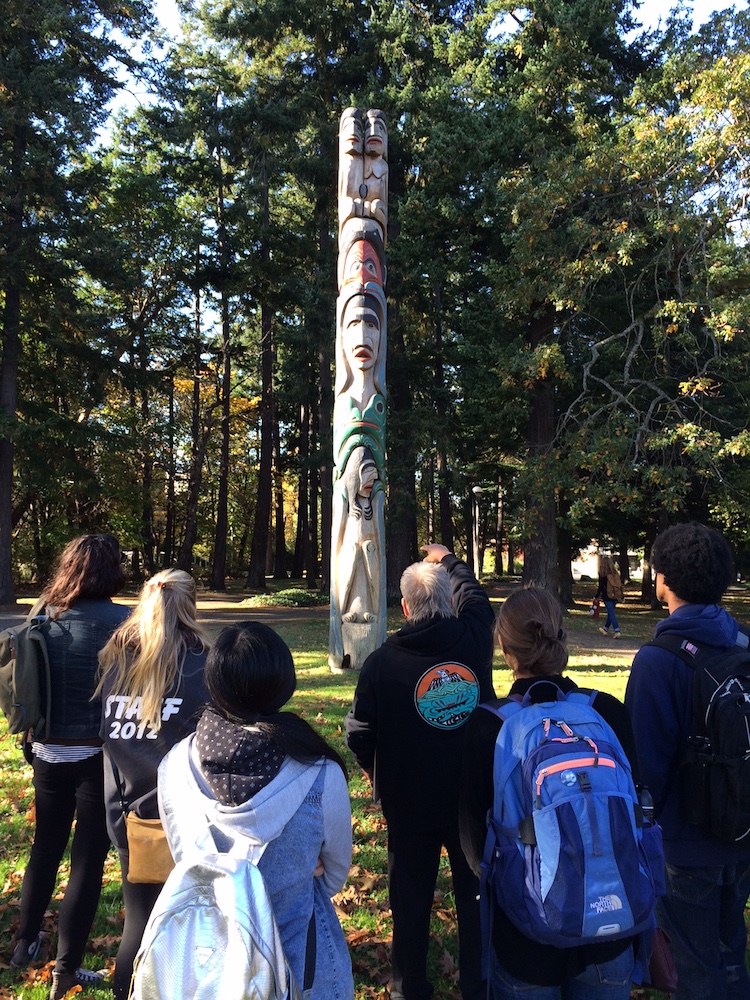 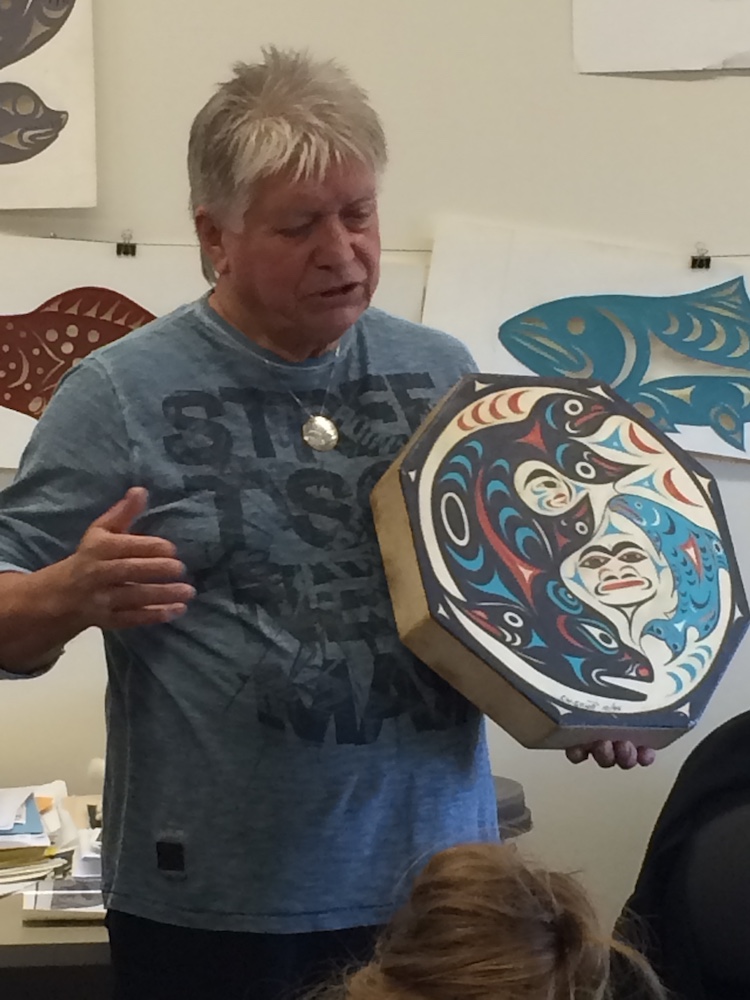 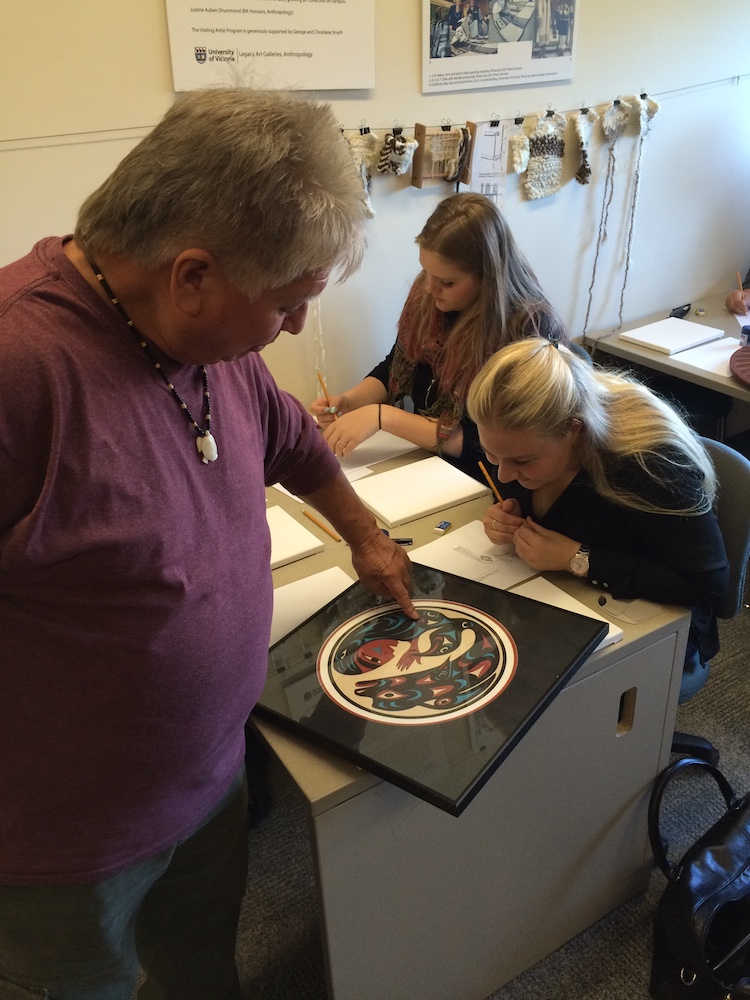 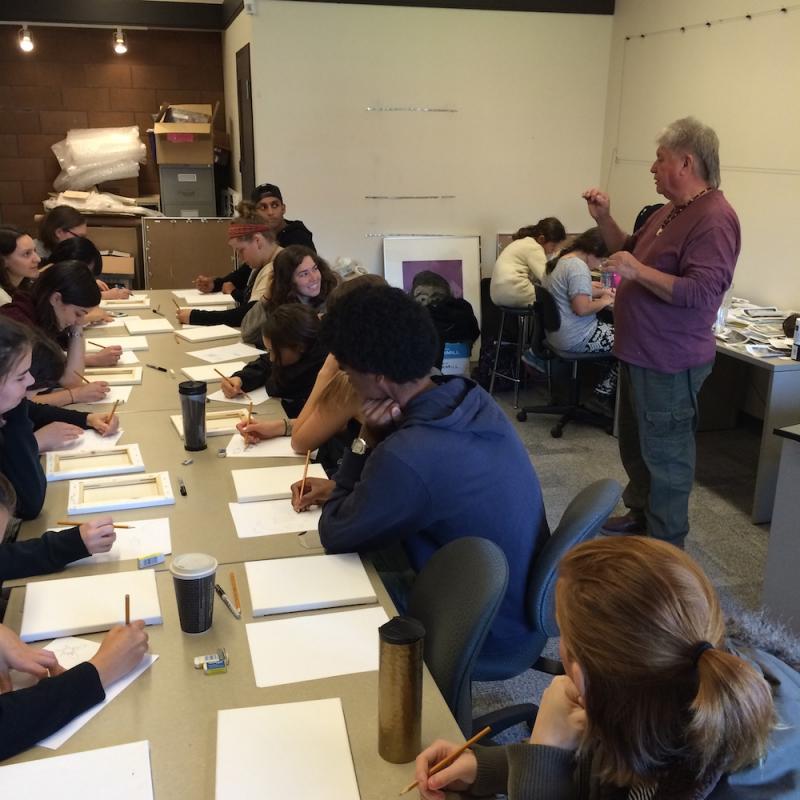 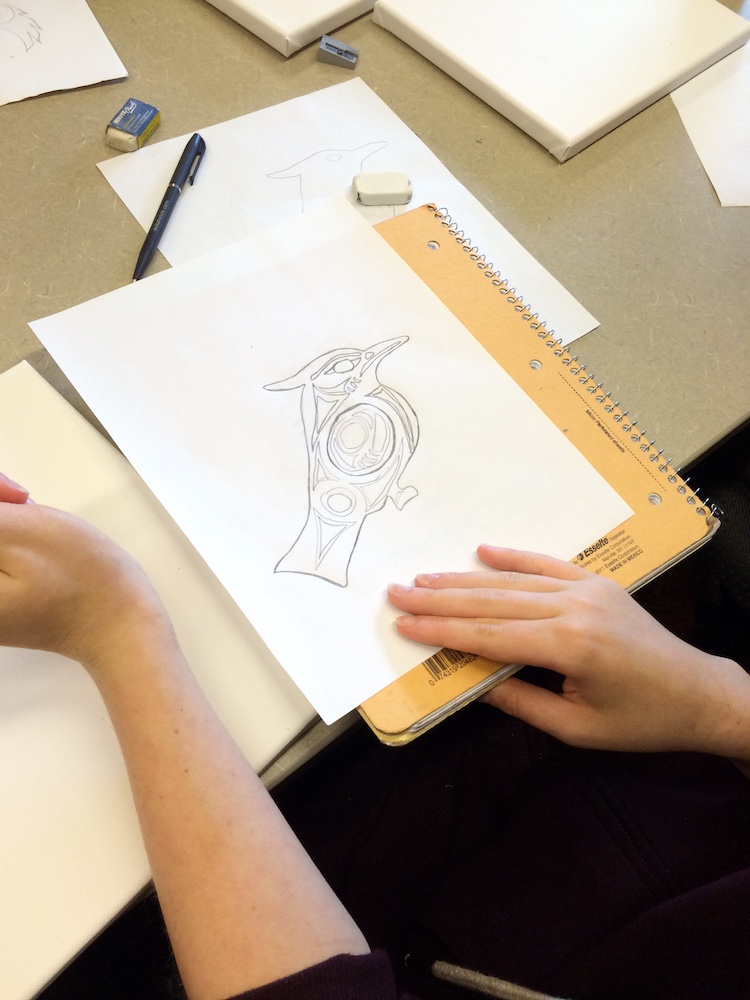 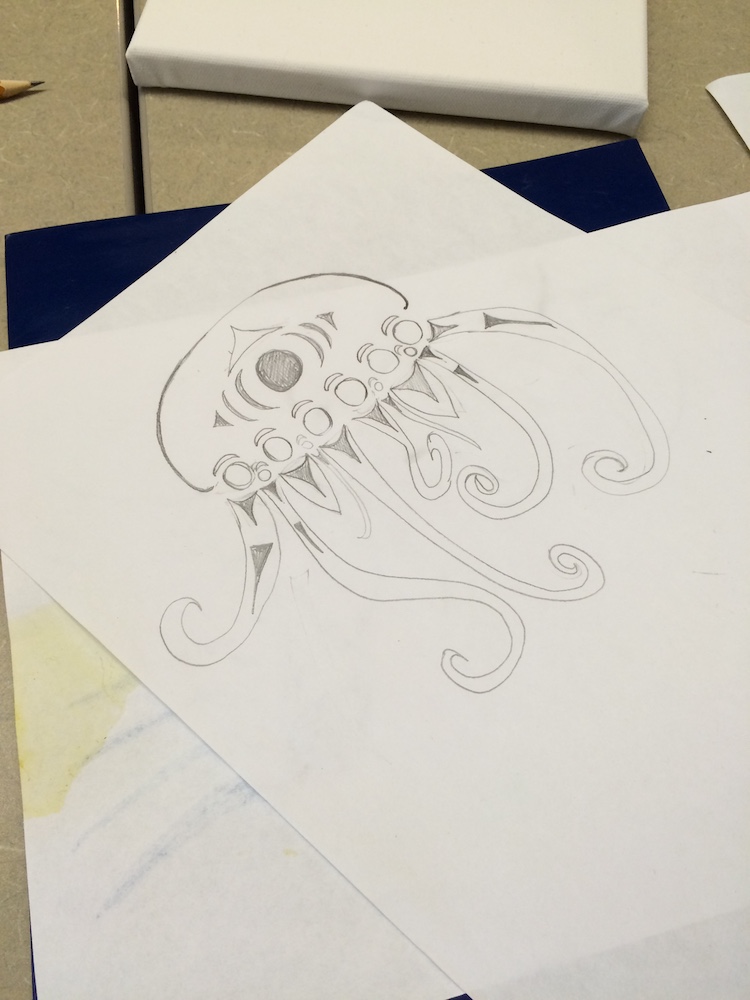 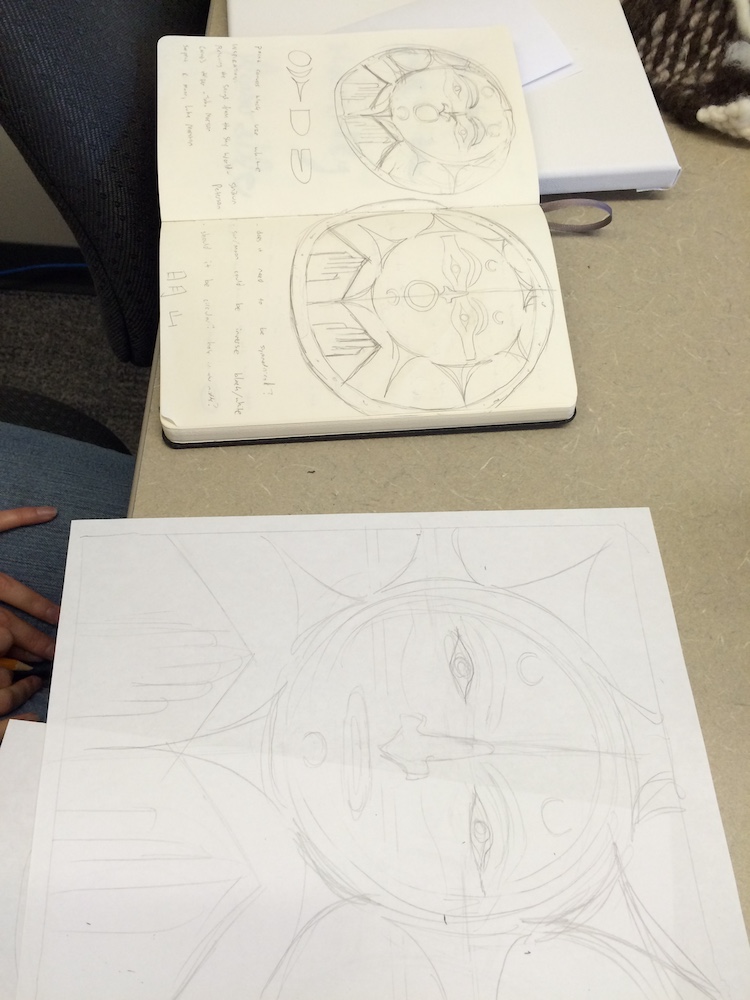 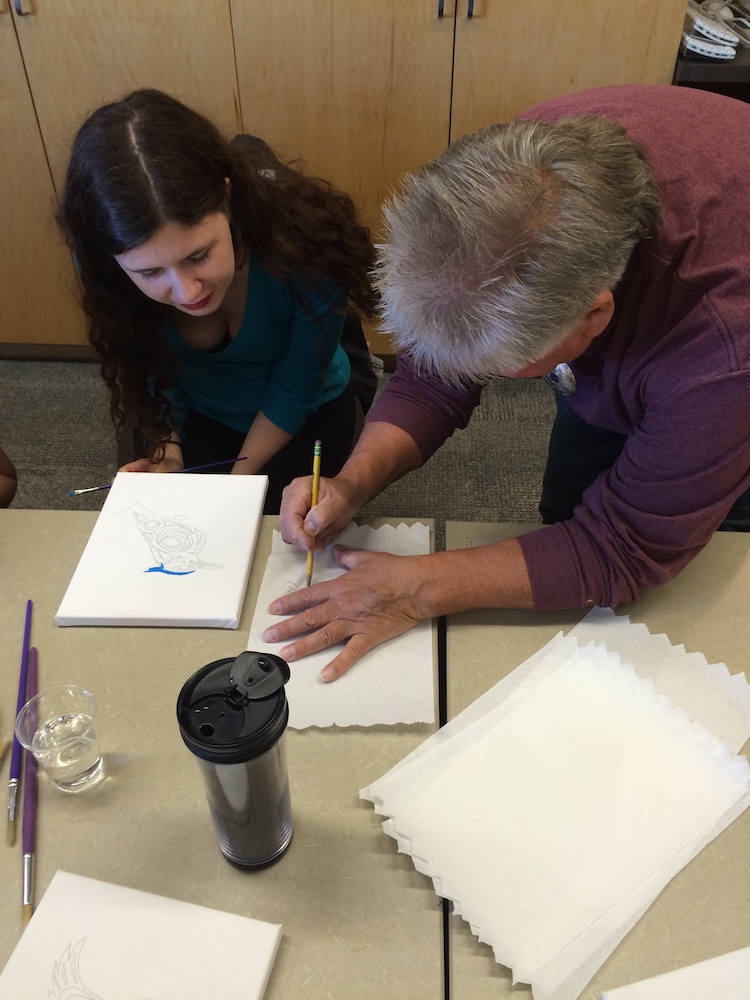 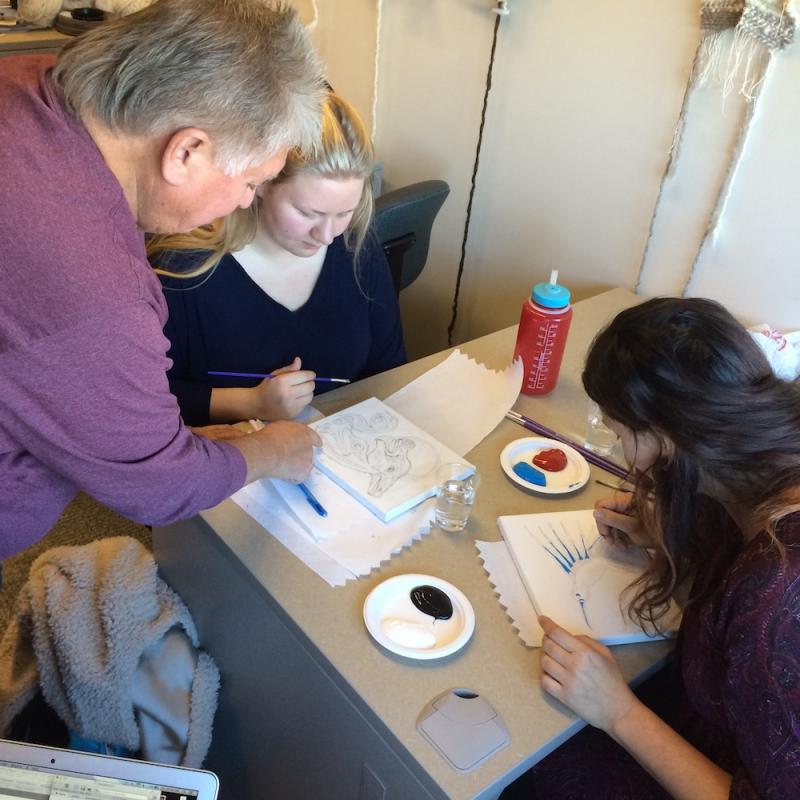 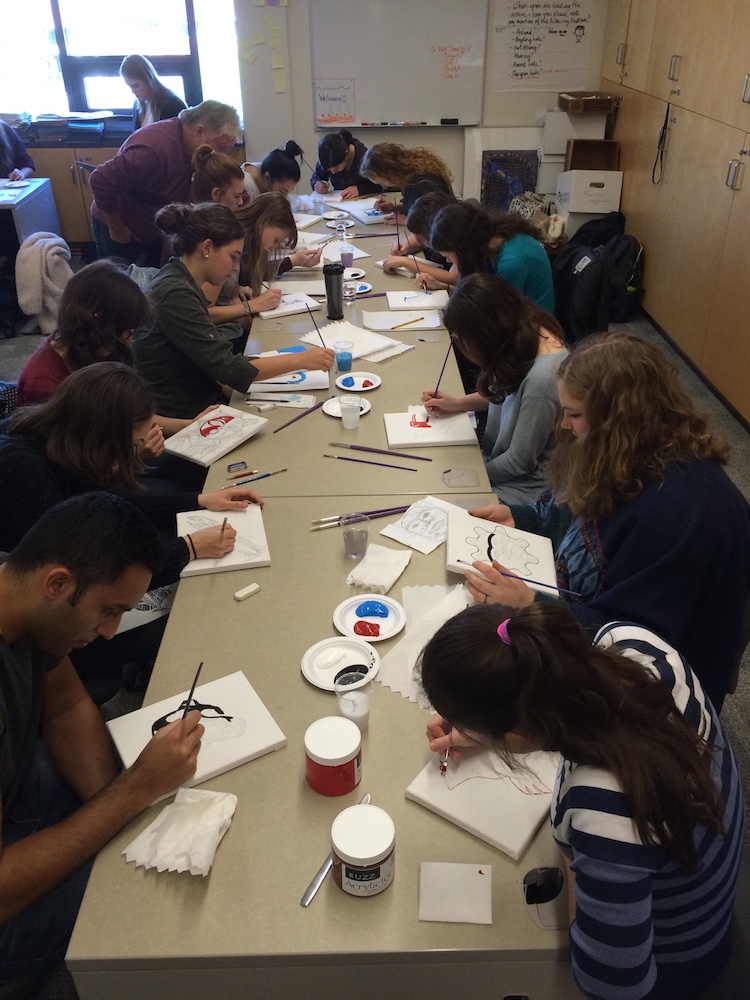 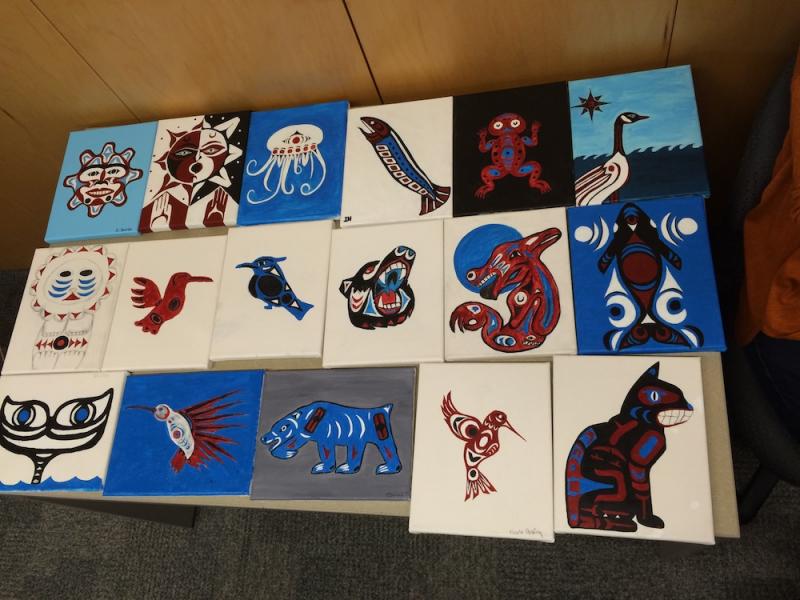 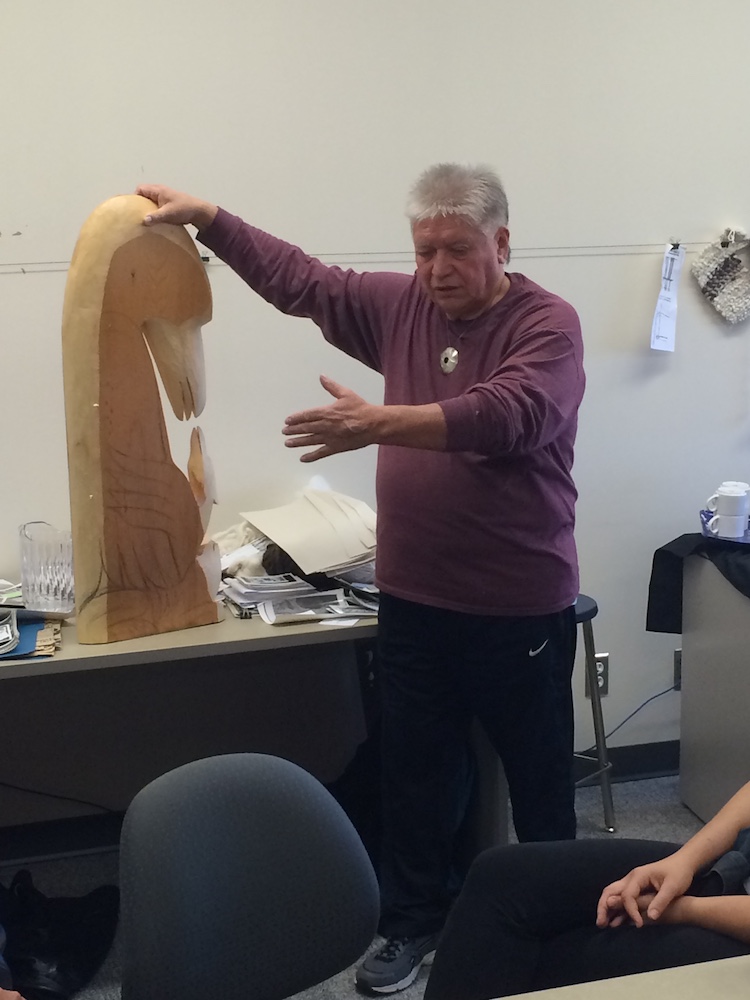 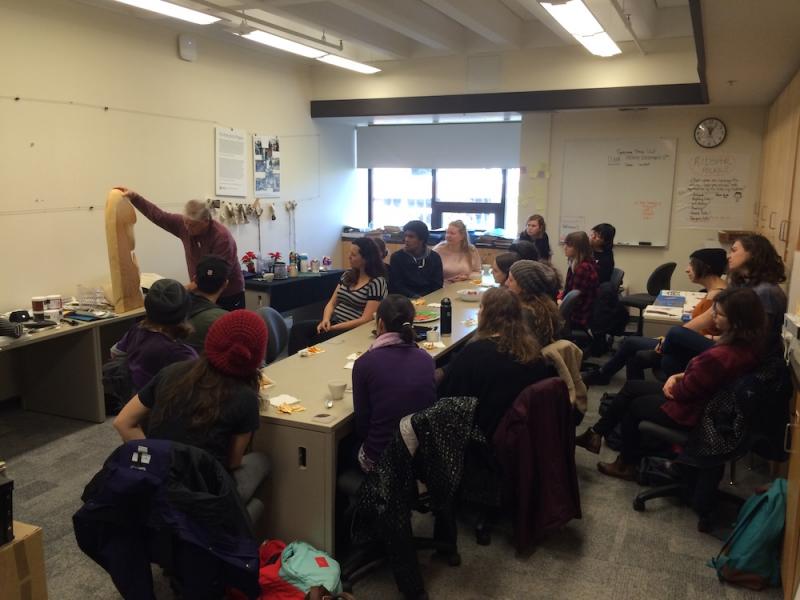 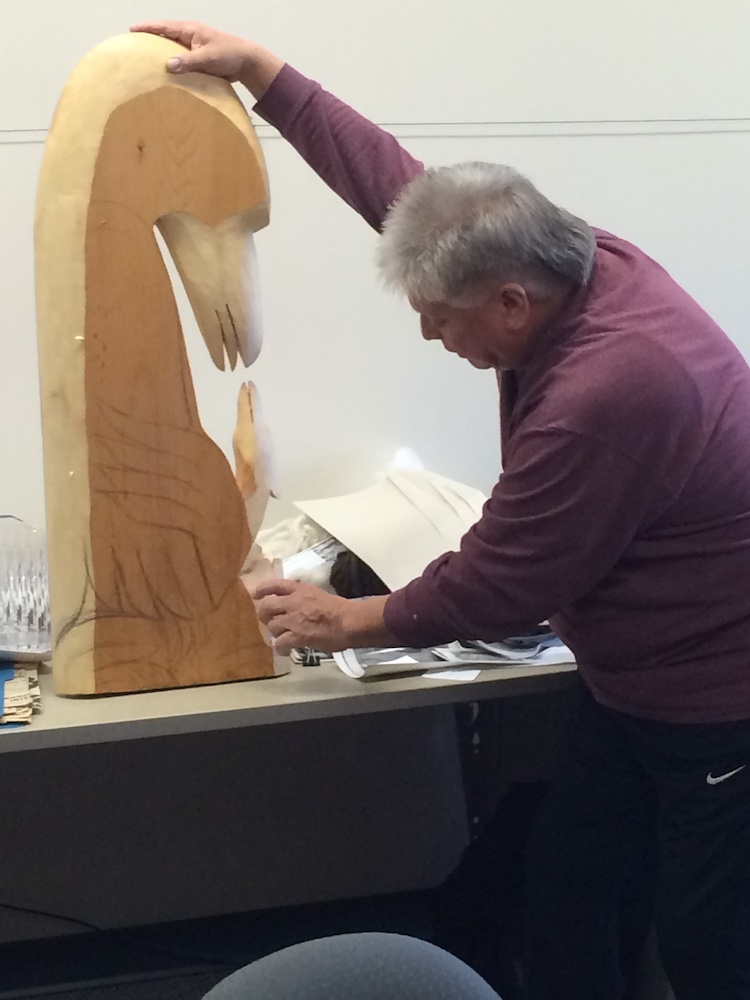 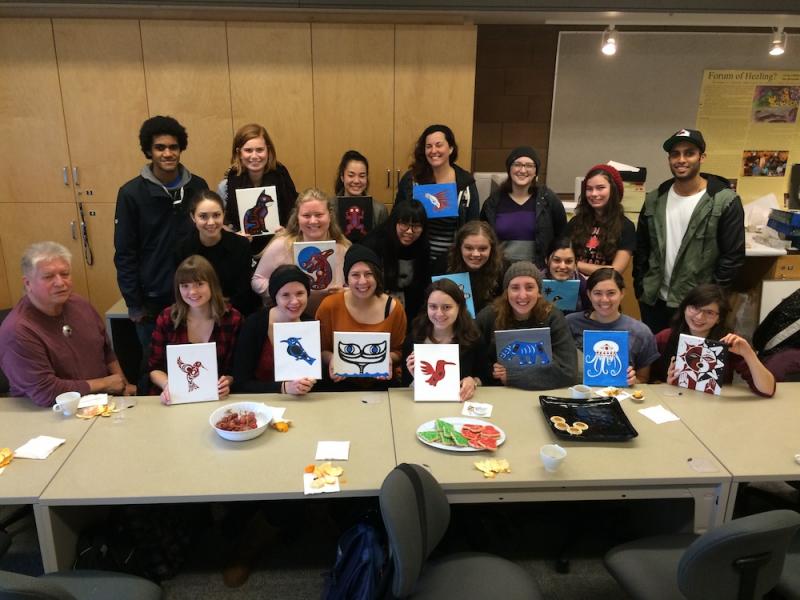